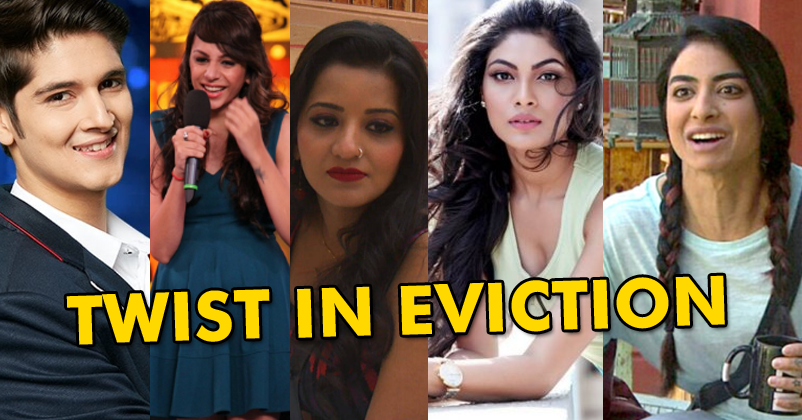 Uffff! What a controversy-packed week this was in the Bigg Boss house. It has been for the first time in the history of Bigg Boss that viewers got to witness such a high voltage drama.

First it was Priyanka Jagga and this week it was Om Swami, who crossed all limits of indecency.

Even though you aren’t a Bigg Boss follower, by now you might have heard about what Om Swami did to Bani and how the makers kicked him out of the house. He’s fallen to such a cheap level. No contestant has ever done these disgusting things before. When he threw his pee on Bani, he had no option but to say a bye-bye to the house. His act was beyond tolerance…

Now, Weekend ka Vaar is here and I am sure all of you are curious to know about the evictions. After Om Swami left, other contestants who are nominated for evictions are Monalisa, Lopamudra Raut, Nitibha Kaul, Rohan Mehra and Bani J. Although Swami was thrown out, official elimination was still awaited. In the last episode, Salman had said that he will reveal the name of the evicted contestant in the next episode. But wait; there is a BIG TWIST in the evictions this week.

Yes, there’s good news for the nominated contestants since makers have decided not to evict anyone this week. Salman will make this announcement in today’s episode and the contestants will be super-happy.

Chalo, Bach gaye! But nominations and evictions will happen as usual from the next week onwards; it will be interesting to see who gets evicted in the coming week.

Who do you think will leave the house? Do share your views in our comments section below.

Oh No! Bad News For Salman Khan Fans As He Might Quit Bigg Boss Because…
16th Day Collections Of Dangal Are Out! It Will Break The Biggest Record Soon!