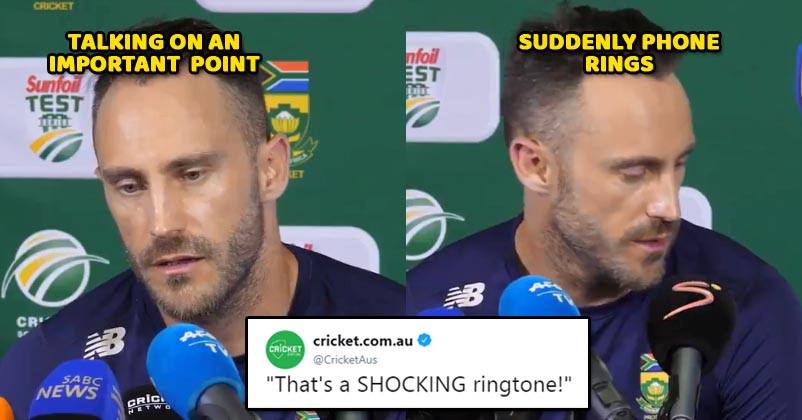 The Australian cricket is definitely going through tough times and it will take some time for the players to cope up with the setback that they have got. Even the Australian public is also very angry with their cricketers as they have brought bad name to the game and to the country.

The Newlands test match will always be remembered for the ball tampering row in which three Australian players have been found guilty of tampering the ball. The Australian cricket board came heavily on the three players who were involved in this scandal. The captain Steve Smith and vice-captain David Warner have been banned for 1 year while Cameron Bancroft has been banned for 9 months. Darren Lehmann was given a clean chit in the matter but he still chose to step down from the position of Australian head coach.

Amidst this tense environment, the South African captain Faf du Plessis was addressing a pre-match conference but something happened which made not only the skipper but everyone present there burst into laughter. 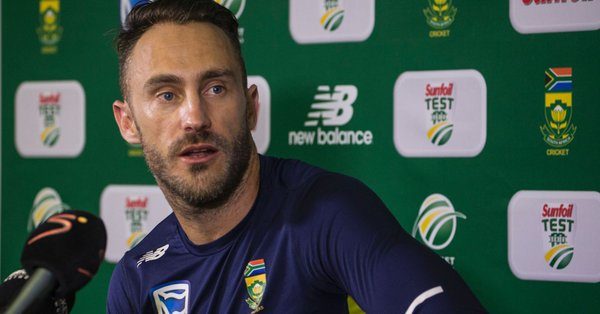 As Proteas skipper was speaking, a funny ringtone played and everybody started laughing. Faf du Plessis was taken aback with the ringtone and said, “That’s a shocking ringtone.”

A lighter moment on what has been a tense Test tour! #SAvAUS pic.twitter.com/toYlSRY52U

Twitter also enjoyed the episode and this is how people reacted:

At least they still have a sense of humour

The laughter was badly needed for the cricket world. Llast few days were excruciating! Let us all learn from their mistakes, wish them luck and move on… BTW, @ICC needs to amend the existing rule. Either make it harder or legalize #BallTampering! Dont play safe! @ESPNcricinfo

"Thats a shocking ringtone"😂😂👌🏽 that was hilarious

That is one of the coolest ringtones ever

On the matter of ball tampering row and action taken by the Australian Board, he said,

“I feel for the guy. You don’t want to see guys going through that and it’s going to be incredibly hard for him over the next days. I just sent him a message of support saying that he’ll get through this, he must just be strong. He appreciated the message. There is a lot of respect between the two of us. He’s a good leader for Australia.”

The visitors will have problems on-field as well because these three players are already out of the squad and Mitchell Starc has also got injured.

Let’s see how Australians cope up in these tough times.