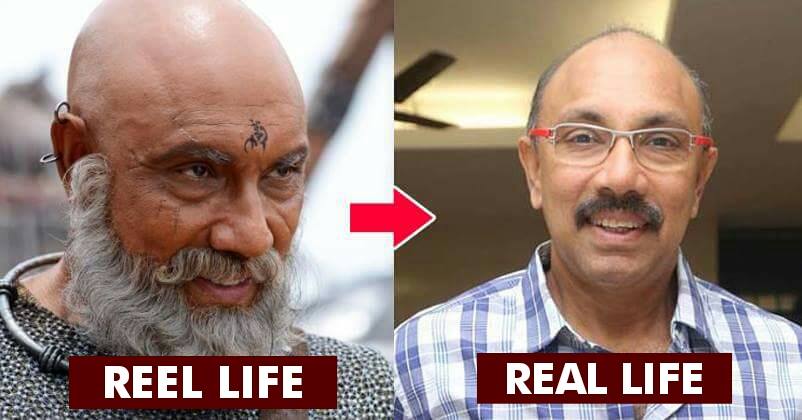 Baahubali 2 has proved to be a landmark movie in Indian cinema. The film is not just creating new benchmarks, it has created new rules for Indian filmmakers and upcoming films. When we were dreaming about 50 – 60 crores opening day for Indian films, Baahubali 2 released and proved that even double is possible. The film has done the unprecedented by collecting 500 crores approx in just 4 days at Indian Box Office, something which looked impossible for at least next 5 years.

Prabhas, Rana Daggubati, Tamannaah, Anushka everyone is on top of their stardom after the Baahubali 2 storm. Today we will have a look at how Baahubali 2 characters look in real life.

Prabhas appeared in more than 15 films before Baahubali and was already popular in South side of the country. After Baahubali, his stardom increased and spread in all directions. Girls are drooling over his physique and looks. Prabhas will be next seen in multilingual film Saaho. The teaser of film is already breaking the internet. Rana Daggubati is loved for his amazing muscular physique. Apart from Baahubali series, he has done notable work in films like Baby, The Ghazi Attack, Department and others.

During a recent interview, Rana revealed that he is blind from right eye and got a donated eye when he was young. Considering, he never let his weakness overpower him and reached this level, we have nothing but respect for him. Anushka Shetty is a noted Telugu and Tamil actress. She has amazing fan following thanks to her looks and work. Her character in Baahubali series was loved by audience and critics both.

Tamannaah Bhatia is known for her work in Hindi, Tamil & Telugu films. The gorgeous actress looked like a dream in Baahubali series and made boys go weak on their knees. Now he is the most popular character from the franchise right after Baahubali and Bhallaladeva. Sathyaraj has done notable work in many films and is a multi-talented man. Apart from acting, he has done direction, production and singing too. Prabhakar is known for playing negative roles and in special film like Baahubali his role was once again a special one (Negative). As a chief of the Baahubali’s opponent troop, he increased the scary element in the film. Sudeep has worked in Kannada cinema mostly as an actor and filmmaker. But his work as a villain in SS Rajamouli’s Telugu-Tamil Eega was well noted. In Baahubali he played the role of Persian trader dealing in arms. Nasser is a veteran actor who has done hundreds of films. In Baahubali, he played the role of a cunning man Bijjaladeva.

Ramya Krishna has worked in Tamil, Telugu, Malayalam, Kannada and Hindi films and has got great acclaim. In Baahubali 2 she played a very important role.

What a drastic difference in real life and reel life, isn’t it? Share your views about the same in our comments section below.

Priyanka Chose A Train Like Long Gown For Red Carpet! Twitter Can’t Stop Trolling Her!
Anushka Sharma’s Fan Gatecrashed Her Birthday Party! What The Actress Did Is Heartwarming!