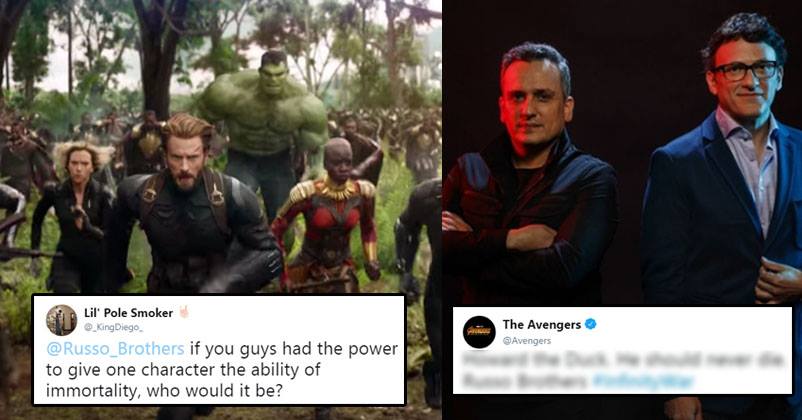 After watching the movie “Avengers: Infinity War”, fans and movie lovers were left with a lot of questions as the flick was an emotional roller coaster ride. Many superheroes left the world as Thanos snapped his finger and people were not able to believe their eyes when some major characters were no more in the movie “Ant Man and The Wasp”.

The film was directed by Russo Brothers and they recently took to Twitter and answered the questions of fans. Soon #VuduViewingParty started trending and they were flooded with questions related to many things.

Someone asked which superhero that they would love to be while someone asked how often they play with props, etc.

However, the biggest surprise for the fans was the answer that the directors gave in response to the question as to which character they will give immortality.

A Twitter user asked, “If you guys had the power to give one character the ability of immortality, who would it be?”

@Russo_Brothers if you guys had the power to give one character the ability of immortality, who would it be? #VuduViewingParty

Can you imagine what their response was?

We bet you can’t guess! 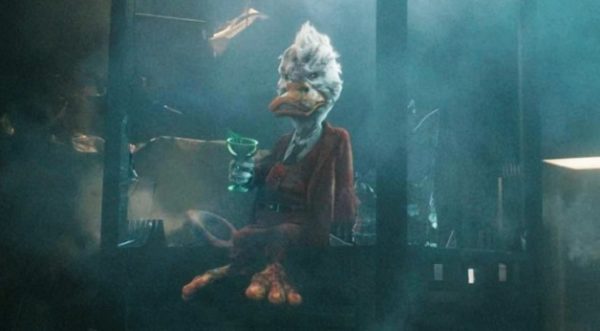 Take a look at some other questions and their answers by the director brothers: 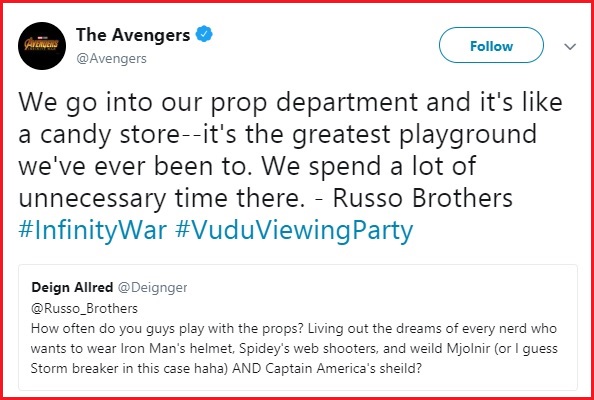 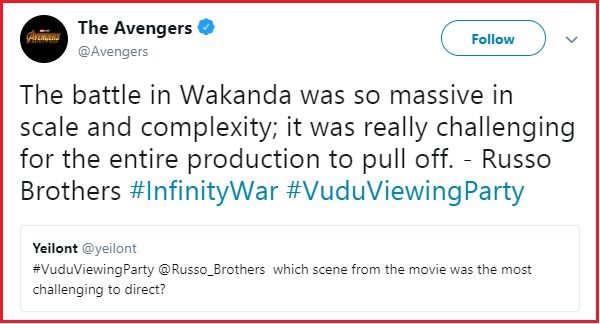 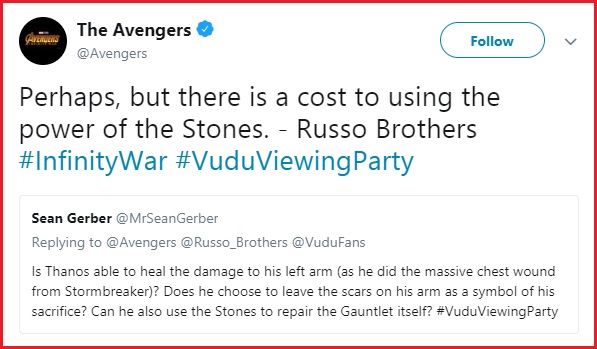 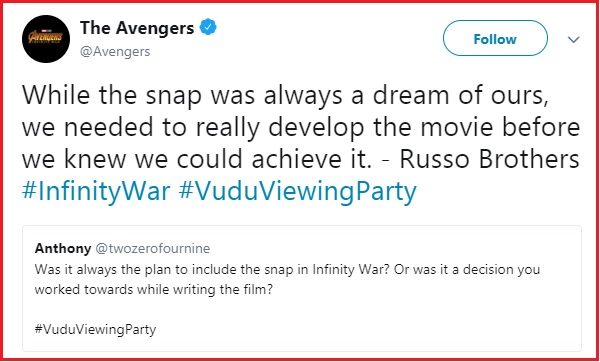 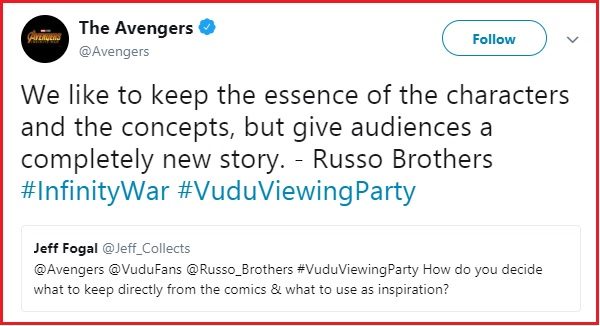 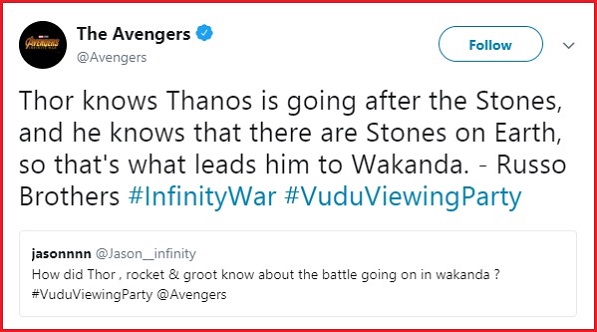 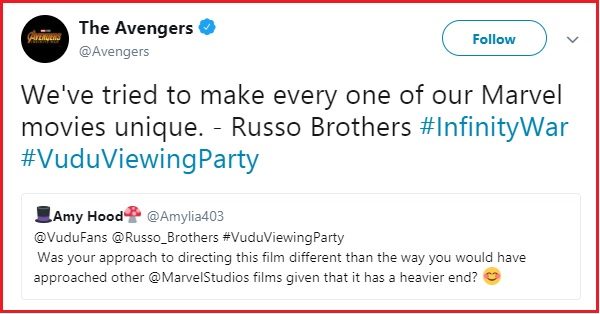 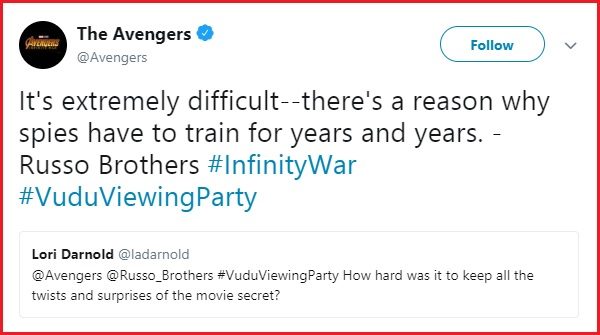 Did you also find their answer surprising? Which character should be given immortality according to you?

Pandya Went For Dinner With Teammates. His Gesture With Leftover Food Will Make You Respect Him
Trollers Trolled Ash For Kissing Aaradha’s Lips. She Gave It Back Perfectly