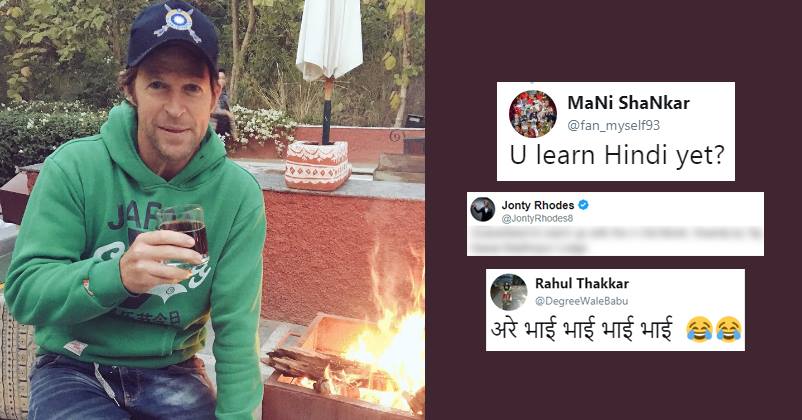 Jonty Rhodes is undoubtedly one of the best fielders that the cricket world has ever seen and we can safely say that there is hardly anyone who can match up to his level. He loves India and Indians too love him. In fact, he is so influenced with the Indian culture and heritage that he named his daughter “India”.

The South African cricketer is presently in our country, getting warmed up with fire and Old Monk. 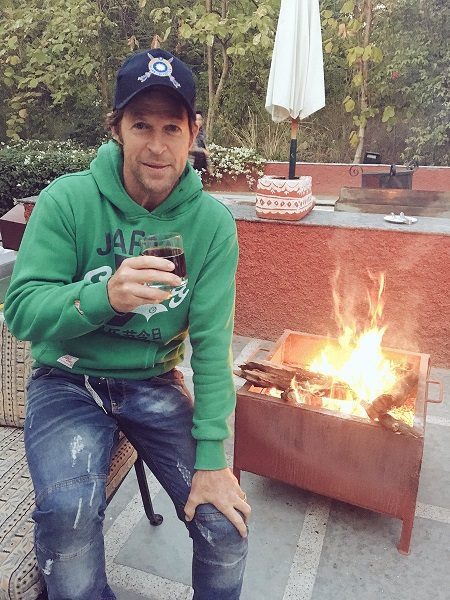 He took to the micro-blogging site Twitter and shared a pic of himself with caption, “Guaranteed to warm up with fire n Old Monk; Vivanta by Taj Sawai Madhopur Lodge”

The cricketer attracted Indian Twitterati within moments as the love for Old Monk of Indian alcohol lovers can’t be described in words and they started making some funny comments.

But when a Twitter user asked Jonty Rhodes whether he learnt Hindi till now, he gave a reply in Hindi which shocked netizens.

The user asked, “U learn Hindi yet?”

U learn Hindi yet?

Jonty’s reply in Hindi was definitely surprising yet wonderful. Fans were rejoiced:

Moreover, Jonty tried his best to answer as many questions as possible. Check out some of the selected ones: 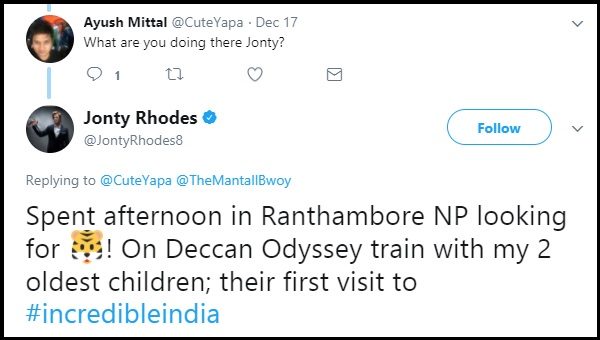 If you remember, earlier it was Ross Taylor who trolled Virender Sehwag with his Darji comments and now Jonty is replying in Hindi.

Dhoni Went Extremely Wrong With DRS This Time. Watch The Video
Rohit Sharma’s Ex-Girlfriend Slammed Him For Giving Credit Of Double Century To His Wife