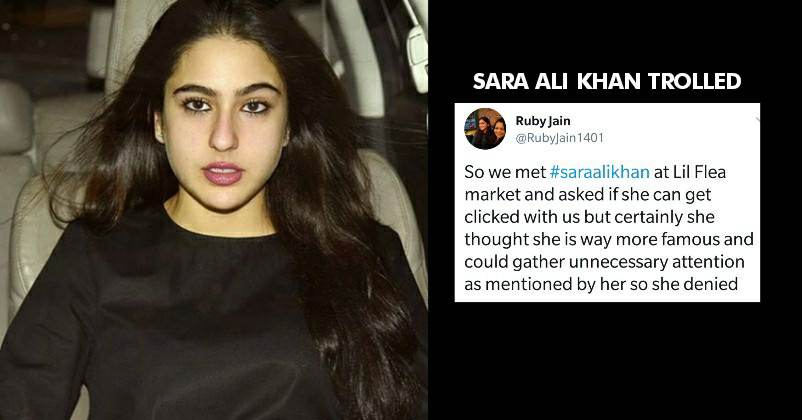 Being a star kid is no less than being a star; they are followed by media and fans wherever they go, their social media following is also huge and from their dresses to hairstyles, everything is watched closely and attentively.

Sara Ali Khan, the daughter of Saif Ali Khan and Amrita Singh, is in news for some time now and people are eager to see her on the screen. Her debut movie “Kedarnath” is facing some production issues but the good news is that she has been signed opposite Ranveer Singh in Rohit Shetty’s “Simmba”. 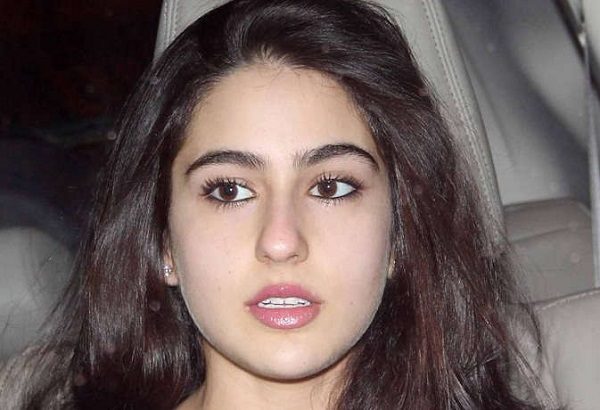 Once media starts writing about you and you get popular, it is obvious that people will come to you for selfies, hoping to get clicked with the future star. Something of this sort happened with Sara but she refused a selfie with a fan. This didn’t go well with the fan and she took to Twitter to express her anguish.

She wrote, “So we met #saraalikhan at Lil Flea market and asked if she can get clicked with us but certainly she thought she is way more famous and could gather unnecessary attention as mentioned by her so she denied”

It was more than enough for Twitterati to troll Sara Ali Khan. They lambasted her for her attitude and also reminded her that she is a product of nepotism. Check out some tweets:

Another upcoming bollywwood diva taking herself in a very high-handed fashion. A single film has not released till now…but her airs r no less!!!

Instead of wasting money by watching their movies, ppl should donate for any noble cause like PM relief fund or donation to army.

On the other hand, there were some who supported Sara and said that it is her right whether she permits a selfie or not:

It's all so simple. She didn't want to take a photo with you so she denied. Why show her as a btch, when in reality, she had all rights to deny. Stop whining if you didn't get a photo with a star

Good she denied. Why is she obligated to take a selfie with you? It's her right to deny. God you are so entitled!

Rajinikanth & Salman Khan To Clash At The Box Office This Eid?
Bigg Boss 12 Is Coming Soon & Even You Can Take Part In It On This Condition