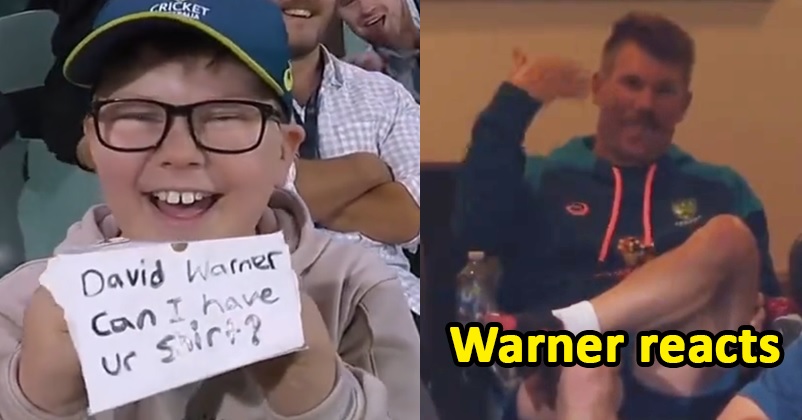 The England cricket team became the T20 World Champions just recently after defeating Pakistan in the finals of the ICC T20 World Cup 2022 which was played at Melbourne Cricket Ground on 13th Nov 2022 but its start in the 3 ODI series against Australia didn’t go as per its plans. 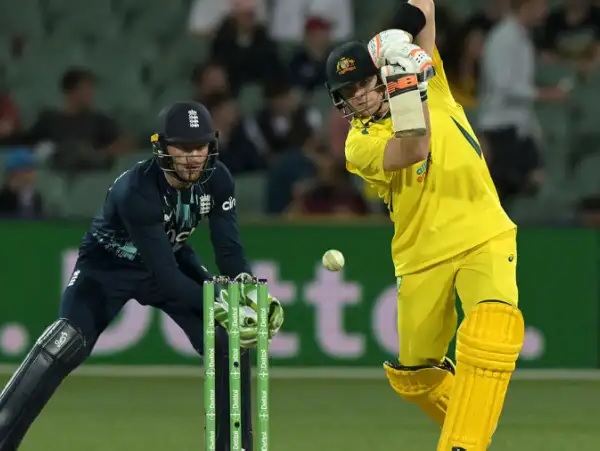 While both the teams played competitive cricket and entertained fans, there was one more incident which made everyone a little happy. David Warner is one of the most popular cricketers of the present time and not just adult people but many kids are also in love with the Aussie cricketer who is also known for entertaining his followers by posting funny and dancing videos on his official Instagram account.

During the match in Australian innings when David Warner was sitting in the dressing room , a cameraman focused on a young fan who was holding a placard which read, “David Warner, can I have your shirt?” 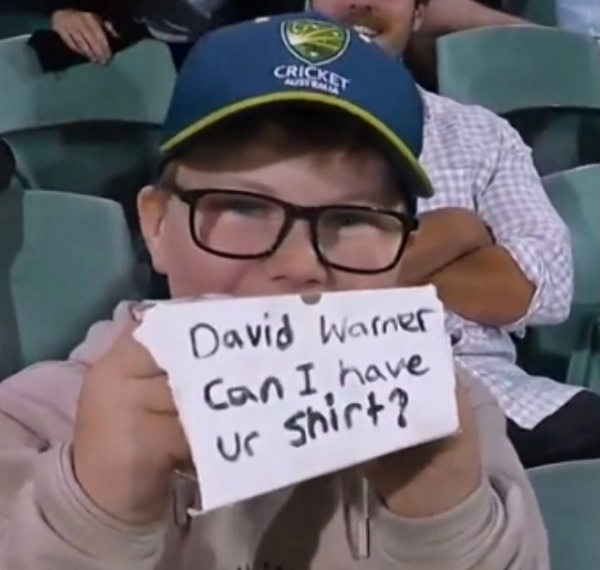 In response, David Warner was also seen holding a poster that read, “Get one off Marnus”. The boy then came up with a new poster with the text, “Marnus can I please have your shirt” and the commentator joked that the magic word “please” might help the boy in getting Warner’s shirt. David Warner then signaled to bring the boy in the dressing room as the camera shifted its focus on the field again. 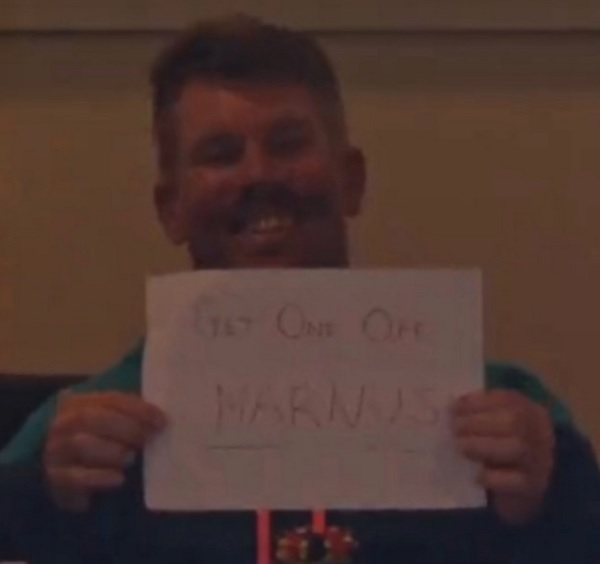 Later on in his Instagram story, David Warner revealed that he would be giving his shirt to the boy during the test match as South Africa will be touring Australia for playing 3 test match series starting 17 Dec. 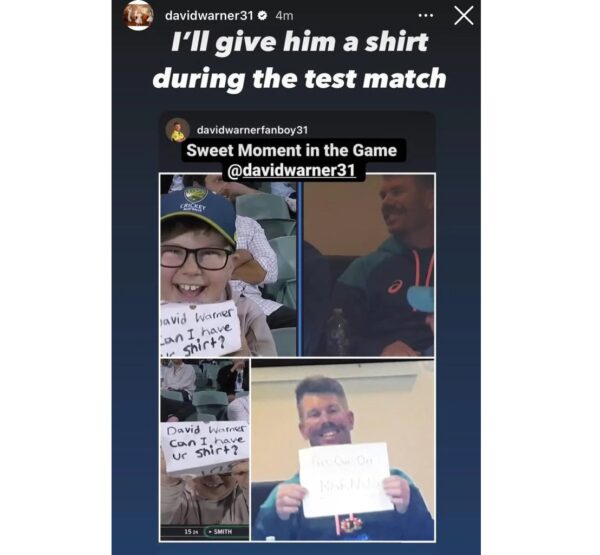 Here is the video of the heartwarming incident:

As far as the match is concerned, it was played yesterday at Adelaide Oval and the hosts decided to bowl first after winning the toss. The English cricket team managed to put up a total of 287/9 on the scoreboard in stipulated 50 overs with the help Dawid Malan’s 134 runs (128 balls, 12 fours & 4 sixes). Skipper Jos Buttler (29 runs, 34 balls, 2 fours) and David Willey (34 runs not out, 40 balls, 3 fours) also made useful contributions but no other English batter could even cross 20-run mark. Australian bowlers Adam Zampa and Pat Cummins took 3-3 wickets each and played an important role in stopping England below 300-run mark. 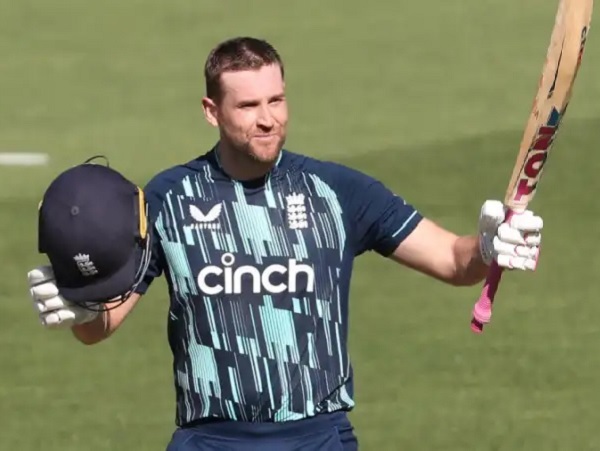 Dawid Malan was adjudged as the Player of the Match despite being on the losing side and now the second ODI will be played tomorrow at Sydney Cricket Ground.