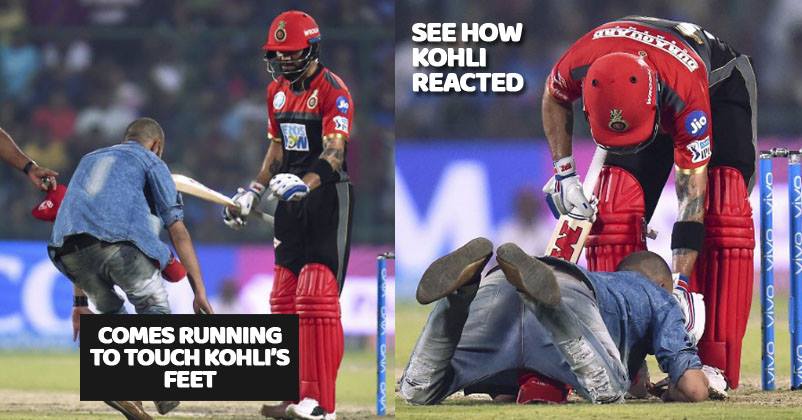 Cricket is not just a sport but religion in India and there are many fans who worship their favourite cricketers. They show their fandom or express love whenever they get a chance and we have already witness such incidents in the past.

There have not been many days when a fan of former skipper MS Dhoni came to the ground for touching his feet during a match.

A similar incident has happened with Virat Kohli who is the captain of IPL team Royal Challengers Bangalore (RCB).

A match was going on and suddenly a fan breached security, came to the ground to touch Kohli’s feet and clicked a selfie with him. This all happened on Saturday when RCB was facing Delhi Daredevils (DD) at Feroz Shah Kotla stadium.

Virat Kohli is a Blessing 🙏 pic.twitter.com/51KHWhoOcg

Virat Kohli didn’t get angry or disgusted but instead happily obliged before the fan was taken off the field by security guards.

This got proved today that “cricket is a religion in india”. And this is the only religion which unites people of different religions without asking their caste. In this religion people can enjoy, cry, be happy, be sad together!

Virat Kohli must be like "This is Kotla & I know each & every corners of it, let me show who's the boss of this jungle😍💪
So very magical batting,this one for his home fans & desperate fans too🙌👌#DDvsRCB #IPL2018

He lies in the heart of people. Kohli maybe you will never know what you mean to your fans💕 pic.twitter.com/dZiFXuFsxy

Fan Came Down To Take A Selfie With Virat Kohli. Fan Has Same Attitude Like His Idol. 😂 #DDvRCB #DDvsRCB #RCBvDD pic.twitter.com/7Eweliygp9

After seeing this Dhoni fans must be dying inside. #RCBvDD .. Kohli thala ka baap hai. pic.twitter.com/dQJ6n9NGOV 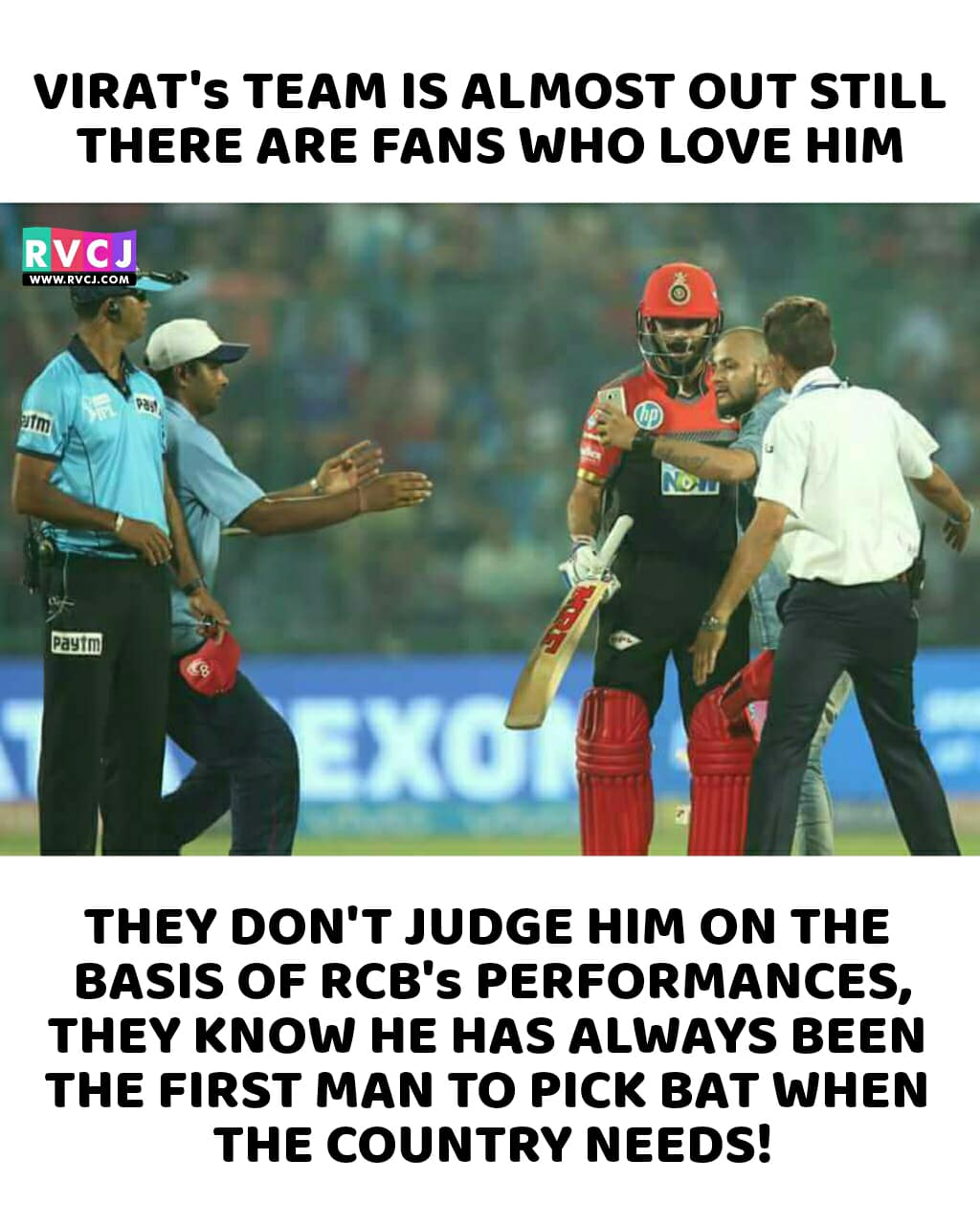 Talking about the match, DD gave a target of 182 runs to RCB and the latter was in problem when it lost its openers within the first 3 overs. However, Virat Kohli along with AB de Villiers played a superb performance and scored 118 runs in partnership in just 64 balls.

Kohli played a blistering knock of 70 runs in 40 balls which included 7 fours and 3 big sixes. Amit Mishra took the wicket of Virat but with AB de Villiers on the crease, DD’s chance of winning the match reduced to nil. AB also played a brilliant unbeaten knock of 72 (37) including 4 fours and 6 sixes and took his team home as winners.

Ranveer Commented On All Of Deepika’s Instagram Posts & Proved That He Is A Perfect Boyfriend
Kangana Again Got Trolled For Wearing A Revealing Dress. People Asked Her To Join Adult Films