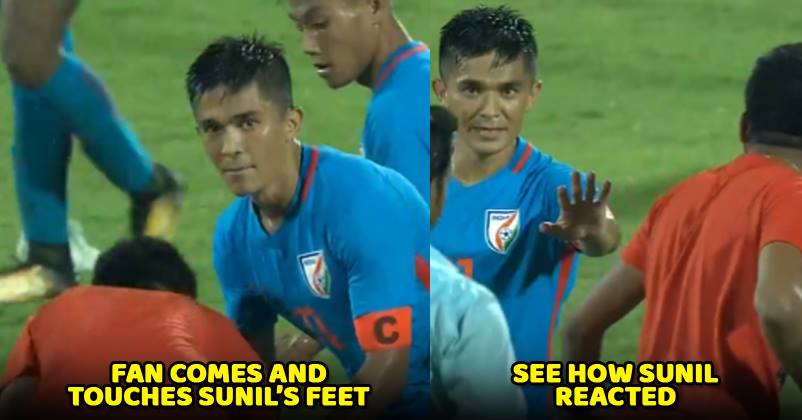 Yesterday, Sunil Chhetri played his 100th International match for India in the Hero Intercontinental Cup. Everyone was wooed by his performance.

Sunil Chhetri scored 2 goals & brought an unforgettable victory for India against Kenya. He got mass support after his appeal video went viral. 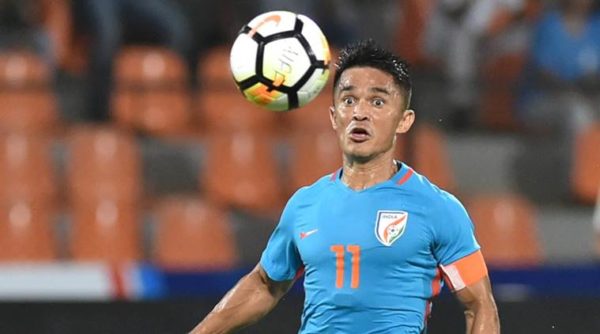 India is likely to reach the finals of this tournament. Everyone was super impressed with Chhetri’s show; after the match, fans wanted to thank him in every possible way. Many of them took to Twitter to show praises.

On the other hand, one fan broke security, came to him running and touched his feet. Yes, he invaded the pitch and came to Chhetri. The fan even asked the captain for a selfie, but he refused & told him to take it later.

Security people came there immediately to deal with the fan, but polite Chhetri asked them to calmly deal with him.

The simplicity of this man @chetrisunil11 can be seen while thanking to the fans who turned up in large numbers and a fan touched his feet that was the beautiful moment! #GodOfIndianFootball #SunilChhetri #SunilChhetri100 pic.twitter.com/SZ9xL8YQyB

Chhetri’s simplicity is surely worth appreciating. The way he dealt with the fan has increased our respect for him. He could have rudely asked him to get away, but he chose the kinder way.