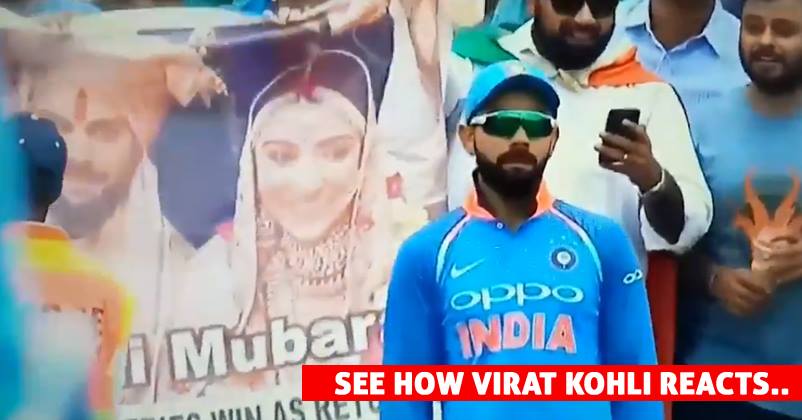 Virat and Anushka make a great pair; they tied the nuptial knot in December and since then, fans are swooning over this beautiful couple.

This Bollywood-cricket Jodi is always a hot topic of discussion on social media. Fans keep sharing Virushka’s pics and shower their love upon them. However, there are some fans who are so crazy that they can go to any extent for showing how much they love Virat and Anushka together.

It was a beautiful banner and what’s better than Kohli noticing it! Yes, when Virat Kohli was fielding, he happened to notice that banner and instead of ignoring it, he showed a sweet gesture. He waved at that fan who was holding that banner & made him happy. 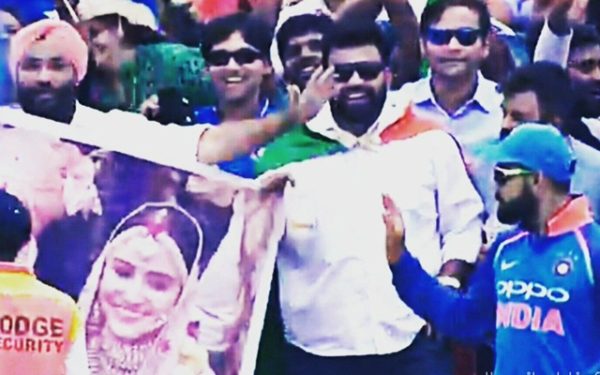 On field, Kohli might be a very strict person, but when he sees fans with such things, he never forgets to acknowledge them. Kohli could have easily ignored the fan as there was a heavy rush in the stands, but instead of that, he preferred waving.

We love you for this Kohli! Watch the video below…

Such sweet reactions coming from big cricketers like Kohli are always appreciated. Glad that he cares for his fans & keeps them happy.

Kohli Got Hit On Ribs By Rabada’s Ball. Virat Gave A Reply That He Will Never Forget
Wasim Akram Leaves Shoaib Malik Confused With His Bowling. Dismisses Him In Epic Way In 2nd Ball