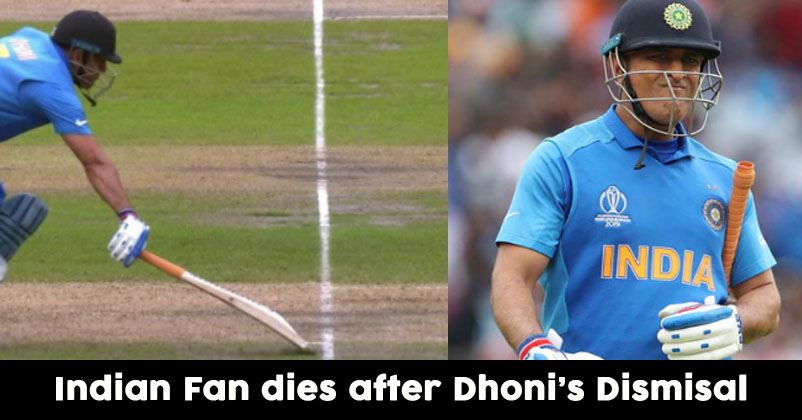 India’s loss took the nation by storm. People were eagerly waiting for them to qualify for the semi-finals. Nevertheless, they played well and won a lot of respect and admiration from us. India had a weak start against New Zealand from the start and people had little hope. Somehow, Jadeja and Dhoni seemed to restore our faith in the match for a little bit.

Dhoni played steadily for a while and even hit a boundary before getting run out. People were hooked on to the TV to cheer for the team and to be honest, it was nail-biting. There were a lot of ups and downs and people lost all hope when Dhoni got out. People were affected by this, and a man from Kolkata actually passed away from a heart attack after Dhoni got out.

Srikanta Maity, a 33-year-old shop owner in Kolkata collapsed in his shop after Dhoni’s dismissal, he was taken to the hospital but it was too late. Sachin Ghosh, a sweet shop-owner in the area was quoted as saying in The Times of India (TOI). “We rushed to his help on hearing a loud thud. We saw him lying unconscious on the floor. We took him to Khanakul Hospital, where he was declared dead on arrival,”