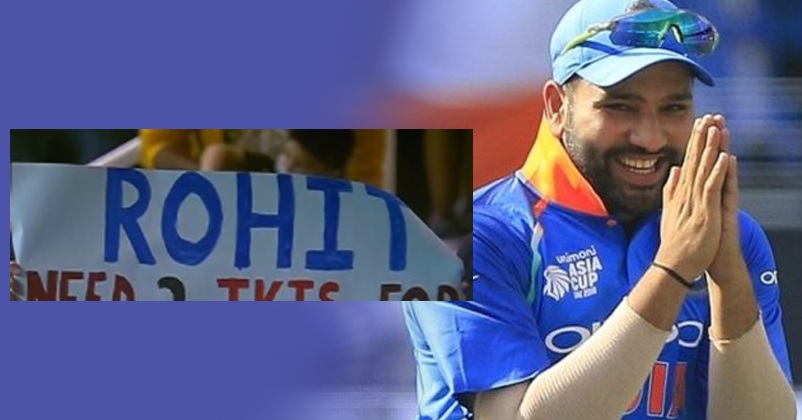 The IPL 2021 is close to its end as the play-offs are starting from today with Delhi Capitals and Chennai Super Kings facing each other at Dubai International Stadium. However, the craze of cricket will not end with the IPL 2021 as the ICC T20 World Cup will start soon after the league gets over and the cricket lovers of India and Pakistan are already eager to witness the match which will be played on 24th October. 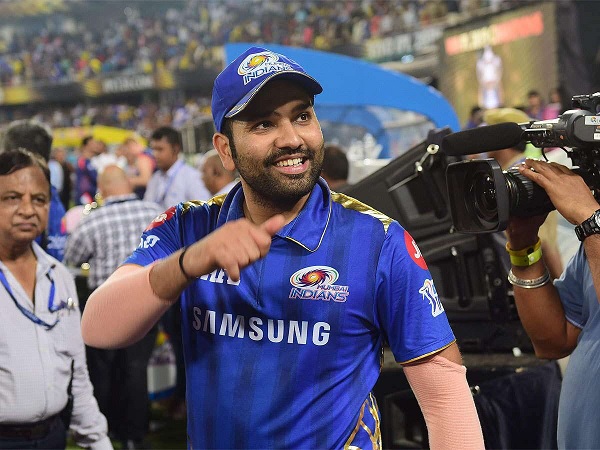 India and Pakistan are arch-rivals in cricket and the intensity is quite high when they clash against each other but both the nations have not played any bi-lateral series for a long time now due to the tense relations between them. As far as the encounters in the World Cup are concerned, Pakistan has never been able to defeat India in the World Cup whether it is ODI World Cup or T20 World Cup. 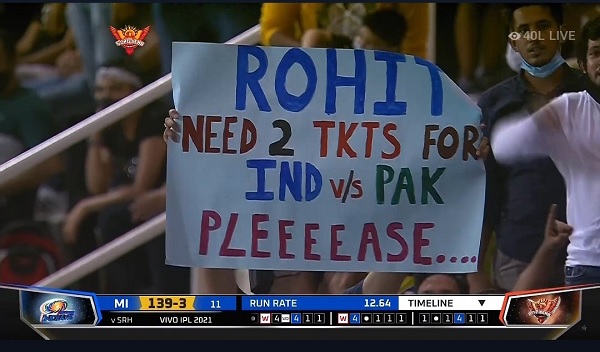 It happened during the IPL match that was played between Mumbai Indians and Sunrisers Hyderabad at Sheikh Zayed Stadium, Abu Dhabi. A Twitter user shared an image in which a fan was seen holding a placard which read, “Rohit, Need 2 Tickets for Ind vs Pak, Pleeease”.

Rohit Sharma is India’s vice-captain in the short format and he will need to play an important role if India has to win the T20 World Cup.

As far as the IPL 2021 is concerned, the five time champions Mumbai Indians could not qualify for the play-offs and the four teams that are going to play in the play-offs are Delhi Capitals, Chennai Super Kings, Royal Challengers Bangalore and Kolkata Knight Riders.

Which team do you think has more chances of winning the ICC T20 World Cup?