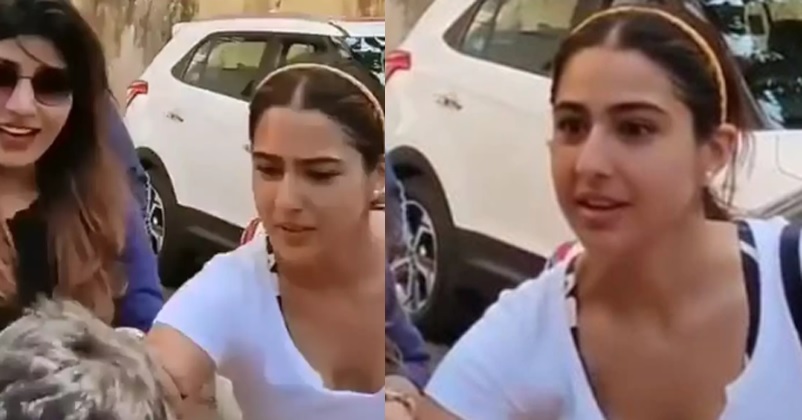 Sara Ali Khan is presently one of the most talented young actresses of Bollywood and despite being a star kid and a star herself, she is quite humble and friendly in nature.  Sara doesn’t mind posing for the media not just when she is at any event but also after she comes out of the gym or at other occasions.

Sara is also very friendly with her fans and likes to get clicked with them but recently she was left shocked after a fan tried to kiss her hand when she gave her hand for a handshake. 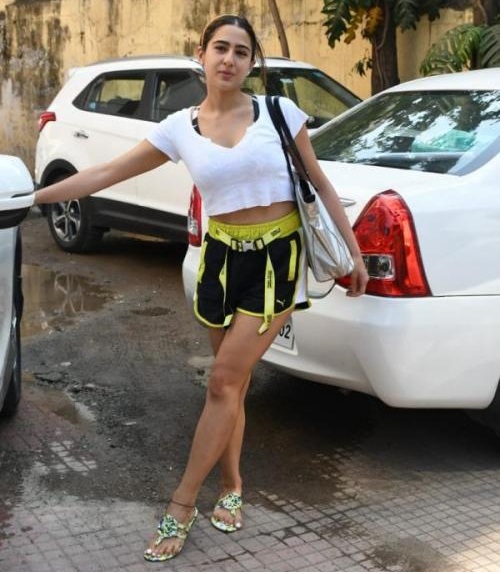 She was returning home after her workout session when she was asked by some mediapersons for photos, she agreed to it and let them click her and then she also posed with some of her fans. In the meantime, one person tried to kiss her hand when she extended her hand for having a handshake; however, Sara was quick enough to pull her hand back in time. The security personnel told that person to move away and Sara also got seated in her car.

Click here to watch the video of the incident

Presently, Sara is gearing up for the release of her next movie “Aaj Kal” which is directed by Imtiaz Ali and stars Kartik Aaryan in the male lead.

Fans should behave properly with their stars and should not do any such thing that may make them feel uncomfortable. What do you say?