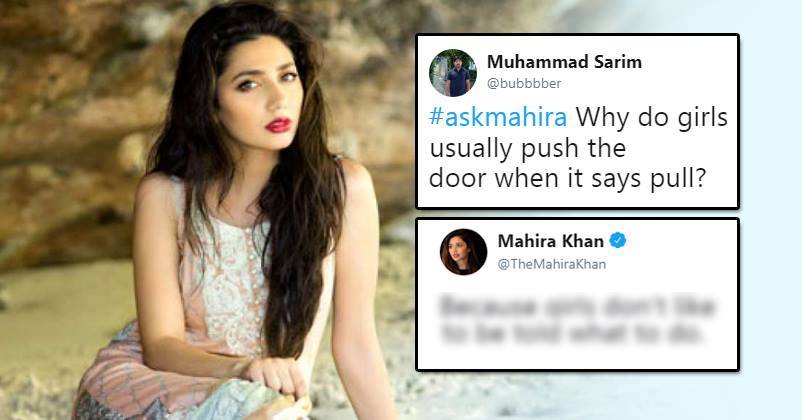 Mahira Khan, a Pakistani actress who was also seen in a Bollywood movie “Raees” opposite King of Romance Shah Rukh Khan, recently interacted with her fans on the micro-blogging site Twitter.

Needless to say, she is a very popular actress in Pakistan and has a huge fan following so fans didn’t miss the opportunity of asking her various questions, both funny and witty. 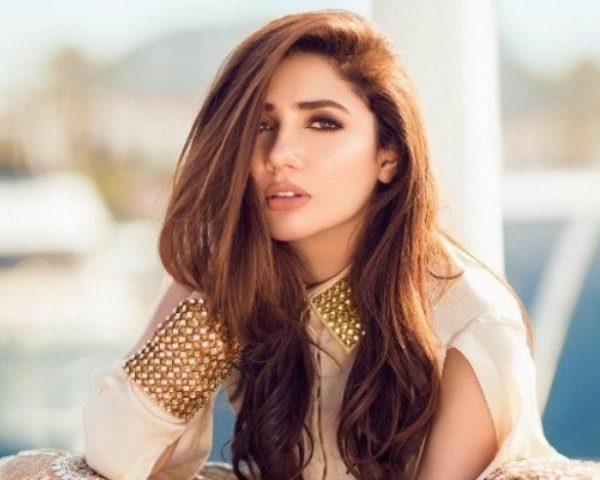 As the actress started #AskMahira, tweets started flooding and she also tried to answer as many questions as possible.

Her answers to the questions put up by her followers truly reflect her nature and character – sweet, loving, witty and full of life!

When a user tried to take a jibe at girls and asked, “Why do girls usually push the door when it says pull?”

#askmahira Why do girls usually push the door when it says pull?

Mahira also took it sportingly and here’s what she replied in a witty tone, “Because girls don’t like to be told what to do.”

Because girls don’t like to be told what to do. https://t.co/a77SxIGjPl

Here are some other answers:

How did you find Mahira’s reply to the Twitter user? Let us know your views.

Nia Sharma Trolled For Her White Transparent Dress. Got Cheapest Comments
As Per David Beckham, These Two Teams Will Face Each Other In FIFA World Cup Final