The Indian Premier League is one of the most hyped mega cricket events of the world and ardent fans wait for it the whole year; however the IPL 2021 got postponed midway due to the coronavirus pandemic. Well now the BCCI has announced that it will conduct the remaining matches in UAE in the months of September-October. When the tournament came to a halt on May 4, Sunrisers Hyderabad was at the bottom of the points table with only one win in the seven matches that it played. 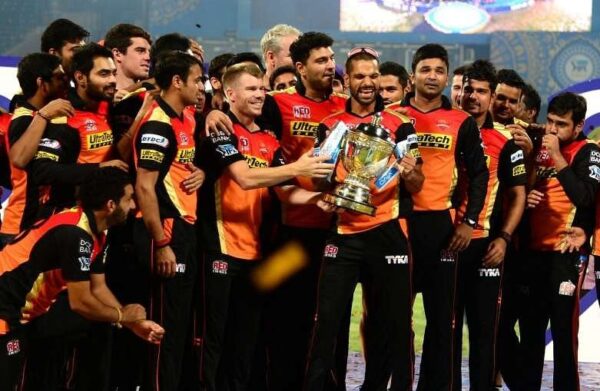 SRH has been one of the most consistent teams of the IPL for around past 5 years as in 2016, it won the tournament under David Warner’s captaincy and since then, it has secured its place in the play-offs every year. However, 2021 was no less than a nightmare for the Hyderabad franchise and David Warner was also not able to make an impact with his bat this time despite the fact that he scored more than 500 runs in the last three seasons.

David Warner and the team management were trolled for their decisions related to the selection of players, especially when Vijay Shankar and Manish Pandey were not able to give the desired results but they were still getting chances. However when Manish Pandey was dropped, David Warner showed no hesitation in making it clear that he was not happy with the decision. Eventually after the sixth match, the SRH management made the big decision of removing David Warner from the captaincy and appointed Kane Williamson as the new skipper. What made Warner’s fans angrier was that the left-handed Aussie batsman was also dropped from the playing eleven in the match against Rajasthan Royals which was also lost by SRH.

Ever since David Warner has been sacked from the captaincy, his fans have expressed displeasure over it time and again and the cricketer himself appears to be missing his Hyderabad franchise a lot, as suggested by his posts on the social media networks.

Recently, an Instagram user asked a question to David Warner as to whose idea it was to drop him from the squad. However it is creditable on the part of Warner to just post laughing emojis in his response in place of revealing the name of the person or persons behind it. What’s more, it also shows that he is a man of integrity which further makes fans respect him more.

Here is the conversation:

Dropping David Warner was correct or not? What do you think? Share your views in this regard.