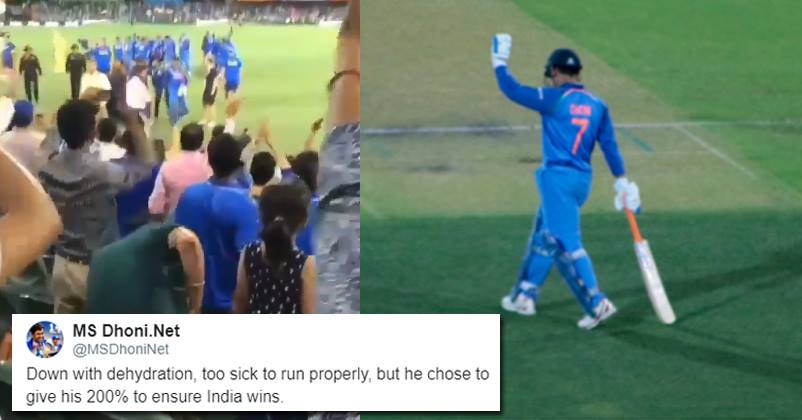 In the last match against Australia, India won by 6 wickets, and it can safely be said that Dhoni carried the team to victory.

Dhoni made 55 from 54 balls, and the final sixer is what gave the team the boost it needed and helped the team to emerge victorious in the last match. 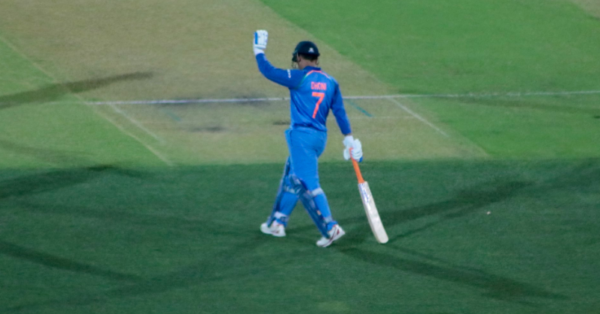 After the match, Dhoni received a standing ovation from a crowd of fans, because this is possibly the last match he’ll be playing at the venue.

Touched by the move, Dhoni obliged and waved at his fans. Watch the video here:

🤲 Magnificent WicketKeeping,
🏏 Bats under pressure,
🚁 Finishes Off In Style,
💙 Calmly heads back to the dressing room.

This is what people are saying:

We are Lucky you born in India…. Thank God… 😚😚 pic.twitter.com/7Ldpn74Gqq

Down with dehydration, too sick to run properly, but he chose to give his 200% to ensure India wins.
Dear #Dhoni, you never fail to inspire us, to strive for the better, to work hars for the best! #DareToBeDhoni pic.twitter.com/22kC5niYVl

#Dhoni back him when chips down, he will not let us down especially in big matches. Problem with most media and fans is a typical knee-jerk reaction.

Way to shut down haters, Dhoni.

20 Tweets That Prove Dhoni Is Back In Form. After India’s Win, People Are Calling Him A Legend
Kohli Shows His Funny Side, Says ‘Score 100 Runs Or Take 5 Wickets Or Else Chahal Won’t Give Time’