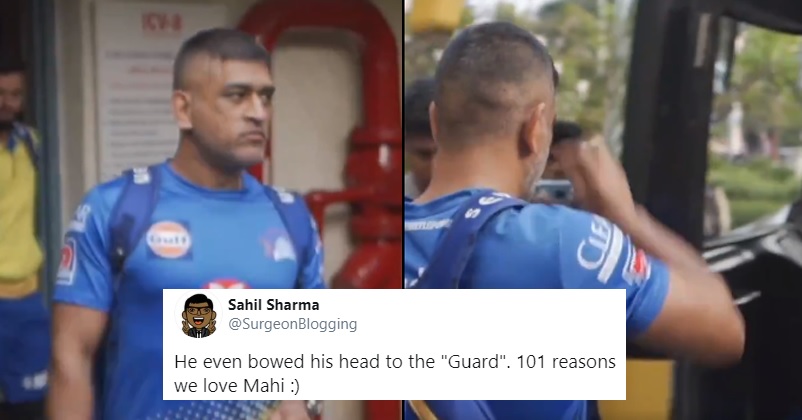 The Indian player MS Dhoni is out of the cricketing circuits for a long time now and his fans are very eager to find out whether he will play in the T20 World Cup 2020 or not. Dhoni who is the skipper of the IPL team Chennai Super Kings (CSK) played last for India in the semi-finals of 2019 ICC World Cup which India lost to New Zealand. Since then, Dhoni has made himself unavailable for selection and in this period, he has served the Indian Army for some time as well as went on vacations with his family, relatives and friends.

The fans of Dhoni were quite eager to see him back on the field in the IPL 2020 but that has been postponed indefinitely due to the coronavirus outbreak and it is also not confirmed whether BCCI will organise it this year or not. A lot of discussion has taken place over Dhoni’s retirement or his comeback in the Indian squad and many former cricketers have also given their opinion on this matter but Mahi has remained completely mum over it.

Recently, the official Twitter handle of Chennai Super Kings (CSK) shared a video in which MS Dhoni is seen walking out from a gate and going towards the bus. The former Indian skipper is followed by Suresh Raina who has also been a part of CSK since 2008. Dhoni is seen responding to the salute of the guard and he raised grapes towards the fans who shouted loudly after seeing him.

The caption written by the Twitter handle is, “The sweet King’s here, simply rock on!”

As the video was posted online, it got viral and till the article was written, it had been liked for more than 11K times and retweeted for over 1000 times.

Fans loved the gesture of Dhoni towards the guard and this is how Twitter users reacted:

That simplicity of this man.takes our heart, respect,lots of love and everything again and again💖

Got it, so MSD loves eating Papayas and Grapes. That's the secret behind his Success in Cricket 😎💥

The way he replied to security guard. Awesome

The chances of the IPL 2020 taking place this year seems very less now as the T20 World Cup will also take place later this year.

Will Dhoni make a comeback in the Indian squad? Let us know your views.