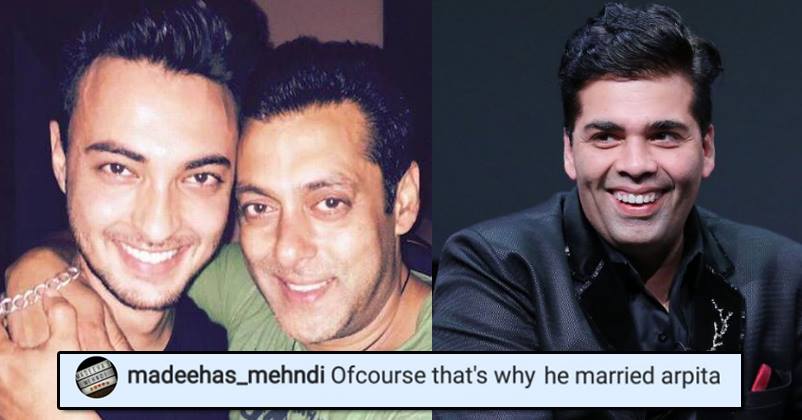 Superstar Salman Khan has introduced many new faces in Bollywood, such as Sonakshi Sinha, Suraj Pancholi, Zarine Khan, etc. What’s more, he has always supported the actresses who have been linked with him but now he is going to launch someone from his family.

Yes, you guessed it right! We are talking about his brother-in-law Aayush Sharma who will be launched under the banner of Salman Khan Films (SKF). 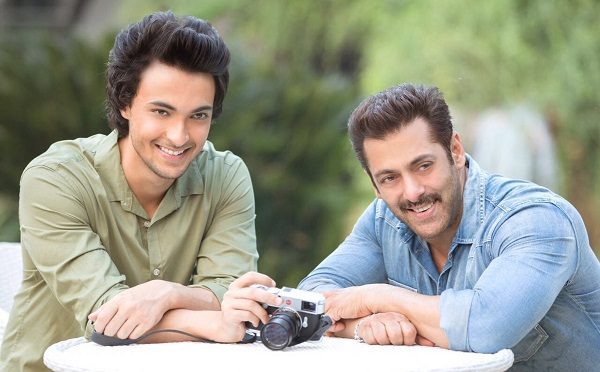 Salman Khan himself made this announcement on Twitter and wrote, “Congrats @aaysharma Now is the time for a lot of mehnat aur lagan. Wish you all success God Bless #AayushSharma”

Congrats @aaysharma Now is the time for a lot of mehnat aur lagan. Wish you all success God Bless #AayushSharma

There is no clarity as to what will be the title of the movie or who all will be included in the star cast but it is said that the movie will be directed by Abhiraj Minawala.

Just after that, Karan Johar also welcomed Aayush on Instagram. He shared a pic of Aayush with Salman and wrote, “Welcome to the movies @aaysharma !!!!”

Welcome to the movies @aaysharma !!!!

Soon after this, Salman Khan and Karan Johar were trolled by netizens and fans for promoting Nepotism. Here are some of the selected comments: 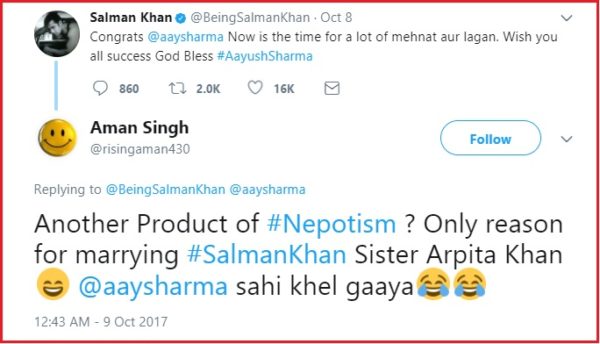 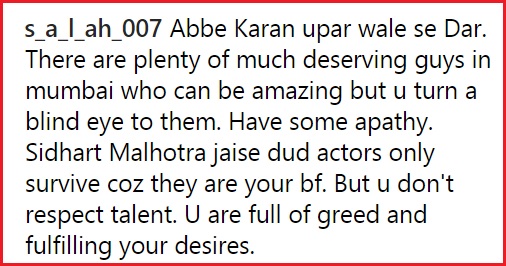 What is your take on this matter? Do let us know!