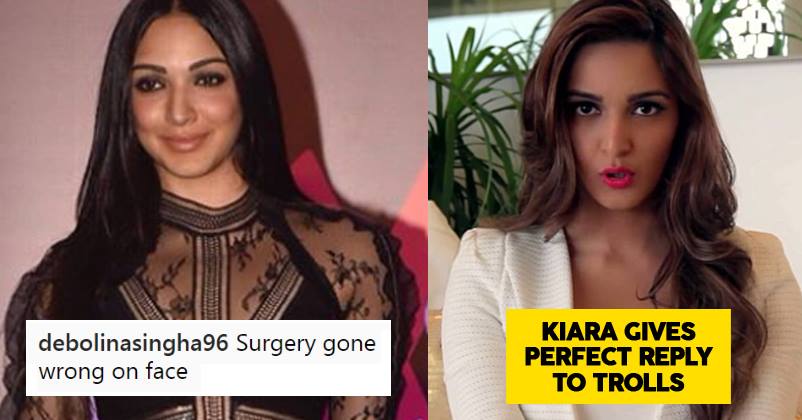 Trolling Bollywood actresses has become a trend nowadays and the latest target of trollers is none other than Kiara Advani whose m**turb*tion scene in Lust Stories made her a favorite of many people. She made her debut in 2014 with the movie “Fugly” but she got famous after she worked in “M.S. Dhoni: The Untold Story”.

She was praised and appreciated a lot for the manner in which she portrayed the desires of a woman in Lust Stories. However, there were some who slammed her for doing such scenes but it didn’t have any effect on her as she is a modern and focused girl who knows how to handle trollers. 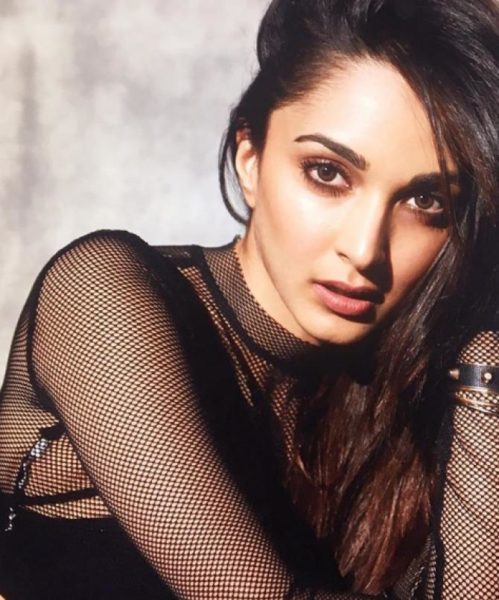 Some time ago, Kiara was trolled for a photo in which she was seen with Karan Johar and few other celebs from Bollywood and now, people are trolling her as they feel that she has gone under the knife for her cheeks.

Recently, she was seen at the launch of MxS, the brand which is owned by Monisha Jaising and Shweta Bachchan. She looked gorgeous in a black lace jumpsuit and stunned everyone with her mesmerizing beauty. However, there was some visible difference in her facial structure as her cheeks looked a little swollen.

People started slamming her for having a cosmetic surgery on the cheeks. Here are some reactions:

Well, Kiara is not someone to bear the brunt of trolling silently and she gave a perfect reply to the trollers as she wrote,

“Wow just reading these comments. Calm down peeps don’t jump to conclusion. You might not fancy the cheeks but it was no doctor just some yummy biryani from the night before.” 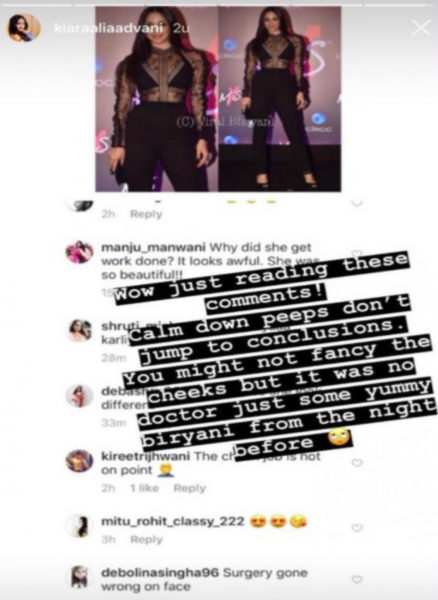 So in a nutshell, sometimes biryani can also bring a change in the looks of a person. LOL 😀

Do you also think that Kiara went under the knife or is it just the angle, makeup or the effect of biryani, as the actress said? Let us know your views.

Karan Tweeted His Happiness About Section 377 Being Abolished. People Are Trolling Him Like Crazy
Fans Trolled Dhawan For Having Fun Despite Losing Test Series Against England. He Had Perfect Reply