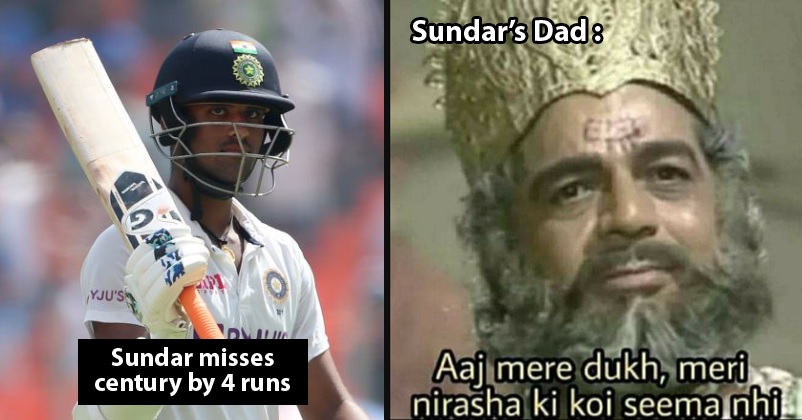 There is no doubt that the first century holds a special importance for every batsman and if it is at the international level, it is certainly very important. However, there are times when a batsman misses the chance of scoring his first century just by few runs as he gets nervous and loses his wicket but what will you say about a player who has missed the century because of the other batsmen? 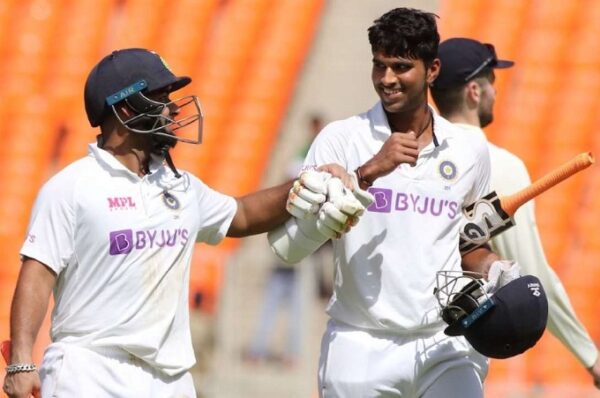 We are talking about Washington Sundar who once again missed his century for which he needed only 4 runs more. In the fourth and final test match against England, Washington Sundar played a beautiful knock of 96 and he shared century partnerships with Rishabh Pant and Axar Patel and when he was just about to complete his 100, three Indian wickets fell in quick succession. After Axar Patel, Ishant Sharma and Mohammed Siraj also returned to pavilion quickly and Washington Sundar remain stranded with 96 unbeaten.

Washington Sundar’s father was also pretty disappointed with the tailenders as he said that many young aspiring cricketers would have watched what tailenders did but they should not learn this. He further said that it was not a matter of skills or technique, staying on the crease was just a matter of courage as the England bowlers were tired and they were not bowling at the lethal pace. 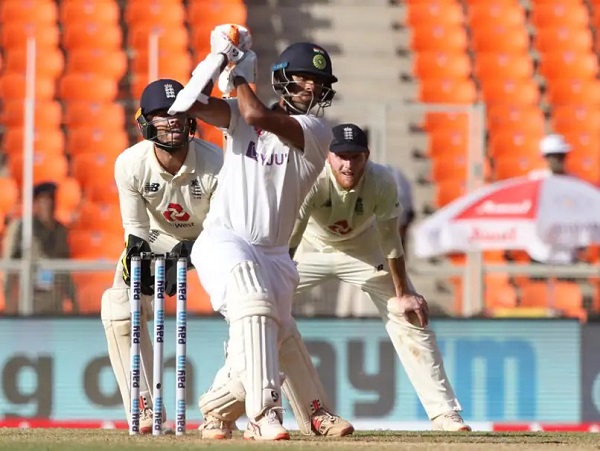 On the other hand, Washington Sundar has remained positive and said that he is not at all upset because of missing the century and he believes that the first century will come at a right time.

The online users also expressed their opinion as some praised Sundar for his performance while several slammed Ishant and Siraj. However, how Sundar’s father would react on Sundar missing the century sparked a hilarious meme fest on Twitter and amazingly, Wasim Jaffer and Sehwag also tweeted memes in this regard.

Axar, Ishant and Siraj next time they meet Washington's father at a function😅
But seriously this 96* is no less than a hundred, very well played @Sundarwashi5 👏👏 #INDvENG pic.twitter.com/V6qRXBbwfl

Missed out on a well deserved century but did not miss out in demonstrating his class @Sundarwashi5 .

Sundar to other end – pic.twitter.com/Gh5gMFKM35

#WashingtonSundar's father when Ishant and Siraj come to visit him pic.twitter.com/r2ClZc1s1D

Forget the match, the whole country is worried what Washington Sundar's father thinks of his innings.#INDvENG #WashingtonSunder pic.twitter.com/db1tUZn3Nz

Washington Sundar's father: Everyone is invited to our house for party after the series.

Do you also feel sorry for Washington Sundar?