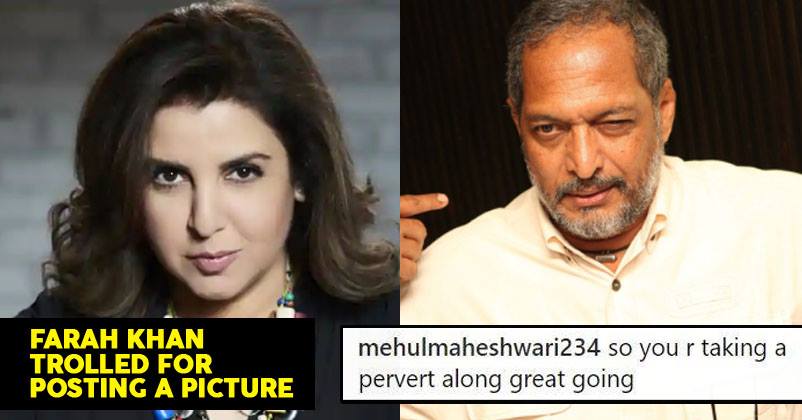 Tanushree Dutta has taken the nation by storm with her se*ual abuse allegations on Bollywood stars especially Nana Patekar. After the actress came out openly and talked about what she faced, so many people have supported her.

It has become a strong movement now and many Bollywood stars have also come ahead in support of Tanushree Dutta. However, choreographer and filmmaker Farah Khan did the opposite as she shared a pic on Instagram in which she can be seen having fun with the stars of upcoming film Housefull 4. Along with stars like Kriti Sanon, Farah Khan and Pooja Hegde we also see Nana Patekar in the pic.

Farah shared the pic and wrote-

People took the offence as Farah posted the pic with Nana Patekar and started trolling her for indirectly showing support towards him. Have a look at some reactions- 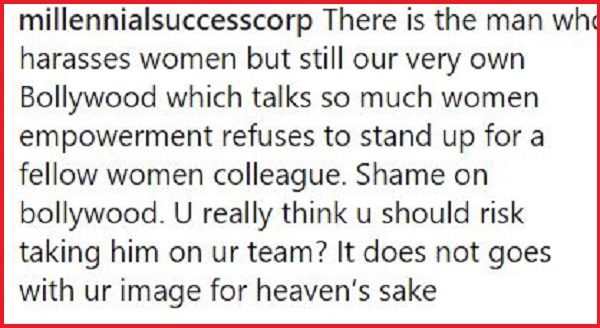 Do you think Farah Khan deserves the criticism for sharing a pic with Nana Patekar?

The First Ever Eviction Is Going To Take Place In Bigg Boss 12 & This Contestant Will Leave House
Fake Account Of Hardik Pandya Wished Good Night To Aamir Khan & He Replied, Got Hilariously Trolled