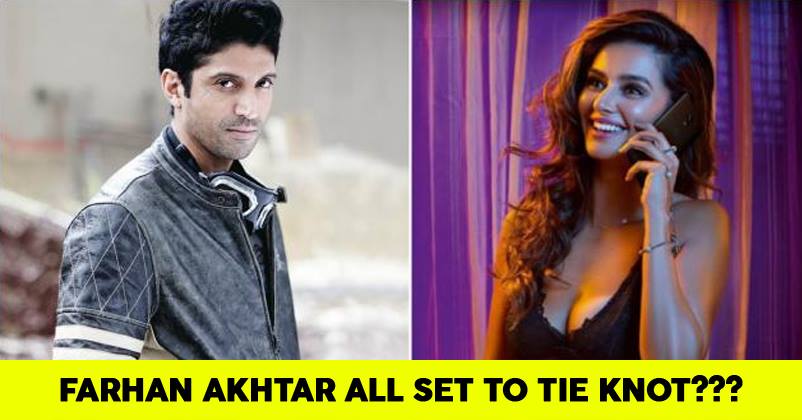 In 2016,when Farhan Akhtar and his wife Adhuna Bhabani,announced their separation after being together for sixteen years,people started speculating the cause behind their rift,but soon stopped though.

Now,last October it was confirmed whom he is dating,on the social media,through a picture posted on Instagram by Farhan Akhtar,where he is walking holding hands,of none other than VJ turned actress Shibani Dandekar.

Check this cute picture of the two.

Everyone went gaga over the two being together.For the record, Farhan’s ex wife is rumored to be dating Nicolo Morea, a restaurateur,who also happens to be actor Dino Morea’s brother.

Recently,there has been reports that says Farhan Akhtar and Shibani Dandekar will be getting married soon.The couple is very serious about their relationship and is thinking of getting hitched soon.

Though none of them personally confirmed this news,but sources added they may get married this year.Happy news for the fans.

Recently,the actor posted a family photo on his official Instagram handle,where it is very prominent that his children,Akira and Shakya is comfortable with their father’s decision as well.

So,we wish a happy beginning for the two.

SRK Said He Will Look Out For Ranveer In This Viral Video,Now Simmba Beats Zero At The Box Office.
Sunil Grover Congratulated Kapil Sharma For His Wedding,This Is How He Replied To It