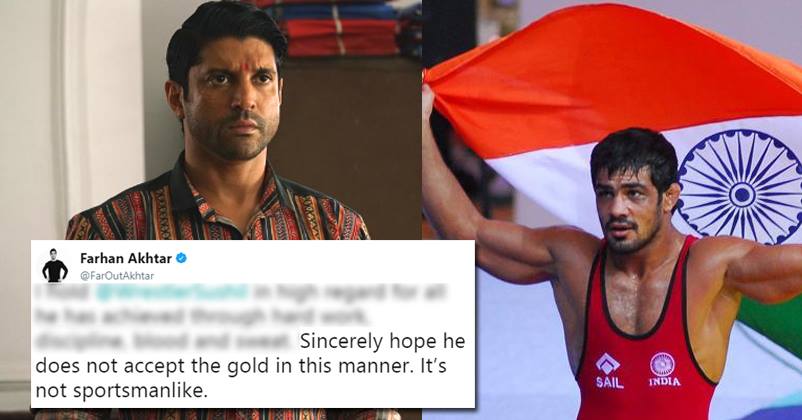 Sushil Kumar is one of those few Indian sportspersons who have won a medal in the Olympics for India. In fact, he is a two-time Olympics medallist and now he has returned on the wrestling mat after three years but unfortunately, his come back has attracted controversy too. 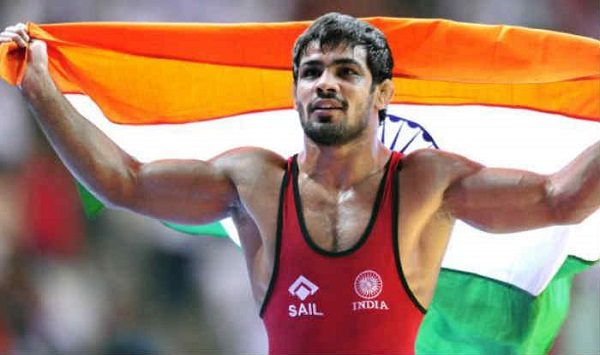 On Friday, he won the Wrestling Nationals gold medal in 74kg category but he played just 2 of the 5 matches and in the quarterfinal, semi-final and final, he got walkover.

Winning the gold medal without facing any competition has made many upset including director-actor-singer Farhan Akhtar. 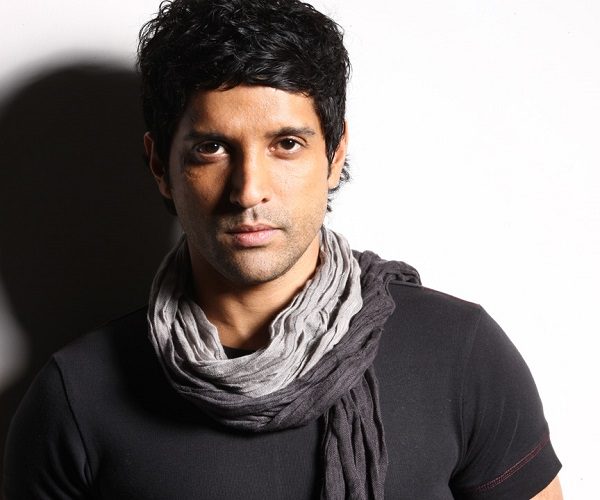 The “Rock On” actor took to the micro-blogging site Twitter to express his opinion. He shared a newspaper cutting with caption, “I hold @WrestlerSushil in high regard for all he has achieved through hard work, discipline, blood and sweat. Sincerely hope he does not accept the gold in this manner. It’s not sportsmanlike.” 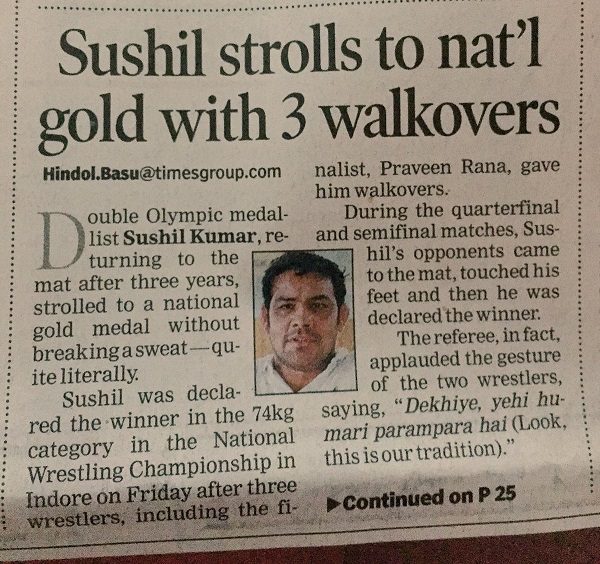 I hold @WrestlerSushil in high regard for all he has achieved through hard work, discipline, blood and sweat. Sincerely hope he does not accept the gold in this manner. It’s not sportsmanlike. pic.twitter.com/Nv7WuOSJJz

The three wrestlers who gave Sushil walkovers first touched his feet to get his blessings and then gave him walkover as a gesture of respect to the talented wrestler.

There were few who agreed with Farhan on this matter but some were happy with the return of Sushil Kumar and stated that whatever happened on the wrestling mat was as per the rules and norms laid for the game.

Other three wrestlers should be banned:

Not only this, the other three wrestler who gave without a fight should be handed lifetime ban for bringing disgrace to sports. #SetAnExample

If sports role models endorse this kind of behaviour then that sports will be doomed in longer run. Role models need to set examples which are sportsman worthy. Please don’t make sports politics and sportsmen as politicians. Touching feet #wtf.

Many users didn’t agree with Farhan and trolled the actor:

I don’t understand what’s @WrestlerSushil fault in this. He showed up & if his opponents weren’t ready to fight, it doesn’t reduce his sportsmanship. He deserves the win & should accept the win!

with whom shld he compete when theres no one to compete with. Winning thru walkovers is common in sports

If you film becomes a hit only because no other fim gets released that month, will you return your payment?

What about star kids getting simple walkover🤣🤣

Disagree to "not sportsmanship"comment but juniors must understand diff btwn respect n competition.Applies to sport or real life!

Padhe likhe anpad aadmi…ise bolte h respect that he earned by itself..not like you who become actor/director by his family name..

Judge Asked Manushi, “Which Profession Deserves Highest Salary?”. Her Answer Made Her Miss World
Manushi Chhillar Made Us Proud. Celebrities Poured In Good Wishes On Twitter