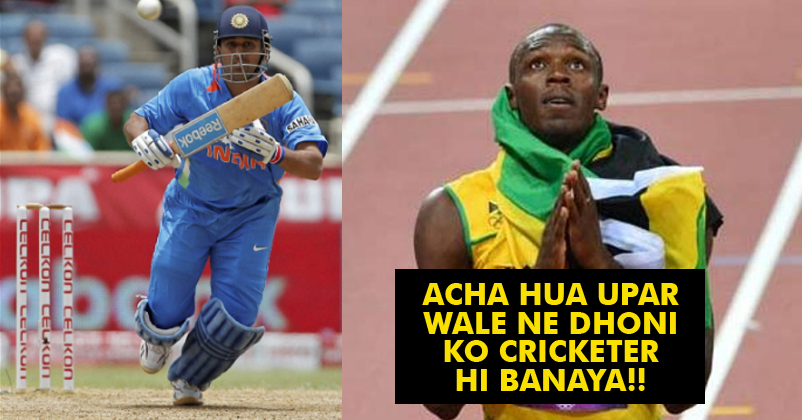 Ms Dhoni is one of the fittest cricketers in the world. When it comes to running between the wickets he is way faster than anyone in this game.

He always believes that singles and doubles are equally important to fours and sixes. That’s why he feels joy in converting singles into doubles and doubles into triple. He is 35 years old but still he is running at a great speed. Who can forget that famous run-out against Bangladesh? His passion towards the game is the result of the kind of fitness he has achieved. India was playing an ODI against England in 2006 at Margao. Anderson bowled a wide ball outside leg stump, and wicket-keeper hit the stumps but Dhoni was in the crease, Dhoni took a run and when he realised that wicket-keeper was still fallen on the ground Dhoni came back for the second run. Dhoni completed second run (20 meters) in approx. 2.7 seconds with pads on.

Here Is The Video Of Fastest Ever Run

Ms Dhoni took approximately 2.7 seconds to cover 20 meters (22 yards) pitch with pads on. We’re not going into detail of bat length etc for this explanation.

On the other hand Usain Bolt has a record of completing 100 meters in 9.58 sec. Runners actually achieve maximum speed around 50 meter mark. So while achieving world record of 9.58 sec in Berlin 2009, Bolt took 2.89 sec for the initial 20 meters.

While MS Dhoni with pads on completed 20 meter distance in approx. 2.7 seconds. This is amazing. MS Dhoni even left fastest man on this planet behind.

Dhoni Resigns As Indian Cricket Captain! Here’s How Cricketers Reacted On Twitter!
Here’s How MS Dhoni Spent The Day Before He Quit Captaincy.