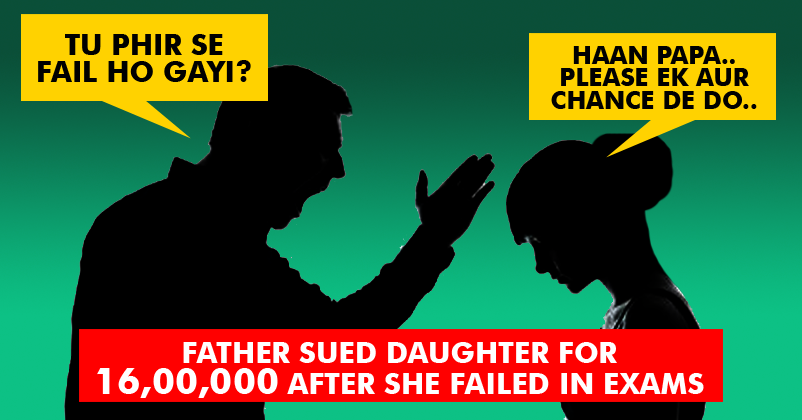 These days, the pressure of studies is immense and it’s taking a toll on students. All students are not the same; there are some who aren’t able to cope with this stress and hence, fail in exams. After spending a lot of money on education and after attending classes for hours, some don’t pass or take extra time to clear the exams. In India, this is very common, but have you ever heard of parents suing children for failing multiple times?

In fact, some parents and relatives are too keen on giving the best of education to their child and take all possible efforts to do so. However, this incident of an Austrian man will surprise you. His daughter, an Architecture student at University of Vienna took some extra time in completing her graduation; instead of 8 semesters, she completed her course in 13 semesters. Her father became furious that he had to pay a lot of money for her education, which is why he took the decision of suing her.

Yes, this Austrian father sued his daughter for a whopping Rs 16 lakhs, can you believe that? Since she took too long to complete her graduation, her father wanted all that money back. He had spent a lot on her college tuition fees and since the girl couldn’t complete her graduation on time, he was damn frustrated. The man thought that it was a waste of money.

He filed a case against his daughter to get all the money back. This sounds very weird, doesn’t it? When he approached the lower courts, they didn’t give the decision in favor of him, after which he approached the Supreme Court.

The Supreme Court passed the decision in favor of him and stated that he’s just liable to pay for 10 out of 13 semesters, which means, he has the right to get back the money for 3 semesters.

Poor daughter! She had to pay a huge sum of Rs 5.6 lakhs; unbelievable. Have you heard of such cases before? If yes, do share your views in our comments section below.

This Decision By Congress Government In Punjab Will Make You Respect Them!
Girl Came To Delhi To Meet Facebook Lover! What He Did To Her Will Make You Remove All Strangers On FB