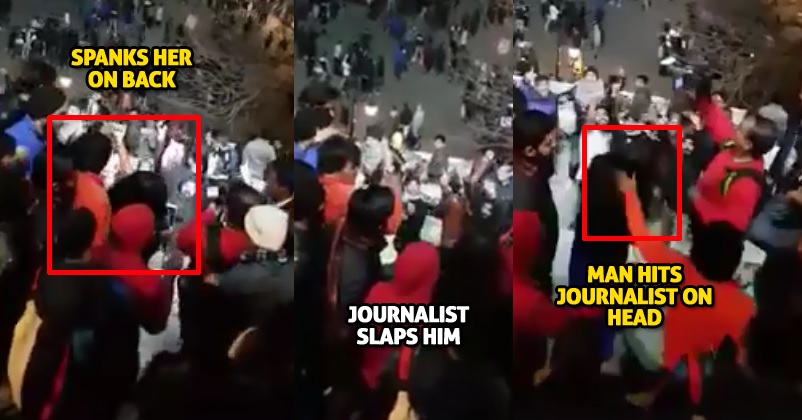 Undeniably, crimes against women are on a rise and there is no fear of law and order in the eyes of culprits. The cases of molestation are also reported in large numbers nowadays and even female journalists are facing such incidents too. Unfortunately, such kinds of incidents take place more in crowded areas.

On the New Year’s Eve, a female journalist was molested in Shimla while she was doing live reporting over there. The name of the journalist is Nidhi Shree and she was hit on the back by someone from the crowd.

Nidhi said that in order to cover the celebrations, they took a top angle view as the crowd was less but soon, people started gathering over there, especially after seeing media.

Nidhi told that the assaulter was definitely under the influence of any intoxicated substance and he tried to touch her at back but before going live, she warned everyone and changed the location of the shoot.

But it didn’t end here, the assaulter spanked her and when she slapped him, the accused also hit her on head from back and ran away, taking the benefit of the crowd. Somehow, she completed the live broadcast but the whole experience for her must have been disgusting.

She also said that there must be many who will blame her for whatever happened as in their opinion she shouldn’t have gone there for shoot.

She has narrated the whole incident on her Facebook wall and also conveyed her best wishes for New Year to everyone.