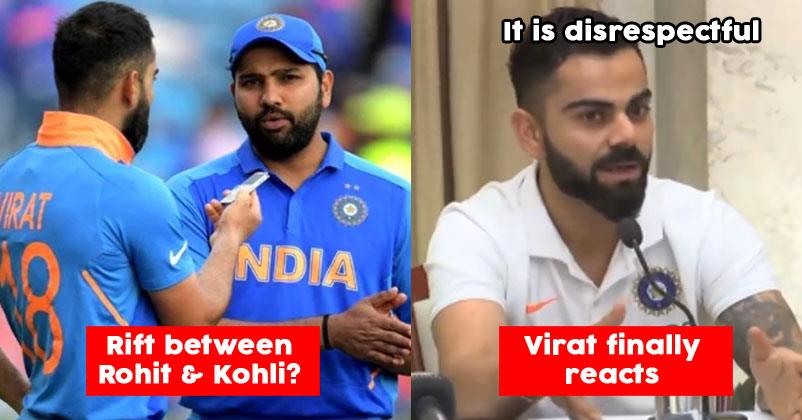 Reports of Virat Kohli and Rohit Sharma rifting off has been making rounds since a long time now. After Rohit unfollowed Virat and Anushka on Instagram, the reports were said to be true but the Indian skipper has rubbished all such reports in a press conference.

Kohli said, “If I don’t like a person or am insecure, you’ll see that on my face. That’s how simple it is. I have always praised Rohit at any given opportunity because I believe that he is good.” Denying all the reports he said that they have no issues between them.

Ridiculing the rifting rumors with Rohit, Kohli that it is absolutely baffling to read such stuff that comes out there. He said that whenever he goes to a public event everyone comes up and says how well you boys played and they have so much respect for the team. But here lies are being fed and people are turning blind eyes to all the good things that are happening.

Virat added that if these rumors were true then India wouldn’t have reached to the top in the ODIs. They wouldn’t have had the kind of performances they had if the dressing room atmosphere wasn’t a good one. They managed to top the chart only because of the camaraderie, trust, and understanding in the team.