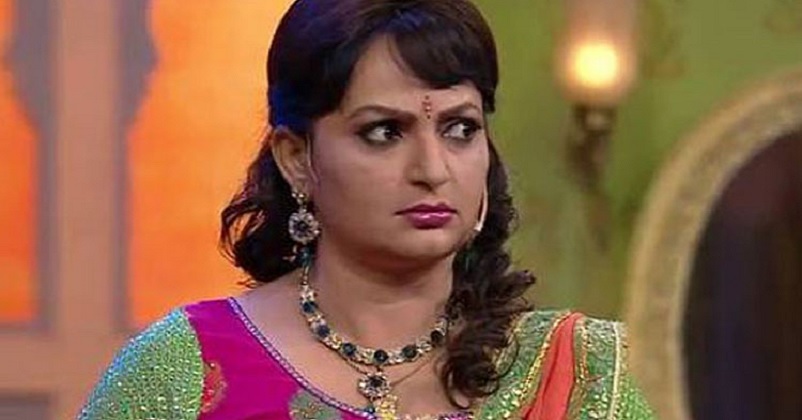 ‘Comedy Nights Live’, the popular show on Colors has been through a lot of troubles off late. After Mika Singh’s exit from the show, it was time for Upasana Singh to bid goodbye to ‘Comedy Nights Live’. Yes, Upasana decided to quit the show since she was very unhappy with the production team. She is pissed off with the makers for giving her bad script and for not clearing her pending dues. However, makers have labeled these accusations of Upasana as her ‘selfish view’. According to reports, the producer of ‘Comedy Nights live’, Vipul D Shah says that

“Upasanaji spoke to her celebrity manager and the show’s director about not having great lines in the show. When we took over from ‘Comedy Nights with Kapil’ and started ‘Comedy Nights Live’, she was the only member from the previous show who stayed back.”

Talking about the storyline Vipul says,

“It takes time to establish a story and give it shape. Somehow, it was difficult to fit in bua because the immediate recall is with the previous show. We tried, but it didn’t work as the equation with the new characters had changed. We didn’t intentionally keep her away from the limelight or give her bad lines. It is just her selfish view. We respect all our artistes and I have great respect for her too. She has decided to quit and we wouldn’t want to force her to stay.” Upasana also had a problem with the terms and conditions of the contract, on which Vipul says

“It has been with her since long, but she hasn’t signed it yet. People often negotiate certain terms and that takes time. Also, there is no ‘We can throw you out of the show in 24 hours’ clause in the contract. We can’t fire anyone in 24 hours. We don’t want to give this matter too much importance,”

Vipul further adds that Upasana’s pending dues would be cleared as soon as she signs the contract. So what do you think guys? Who is right in this? That day we highlighted Upasana’s side and today we highlighted the producer’s point of view! Well, these TV shows are always a victim of controversies! Audience would never ever know who is right and who is wrong.

Remember Young Ashoka From “Chakravartin Ashoka Samrat”? This Is What He’s Up To Now
Finally Abhishek Bachchan Speaks Up On The Viral Video Which Claimed Him Misbehaving With Ash