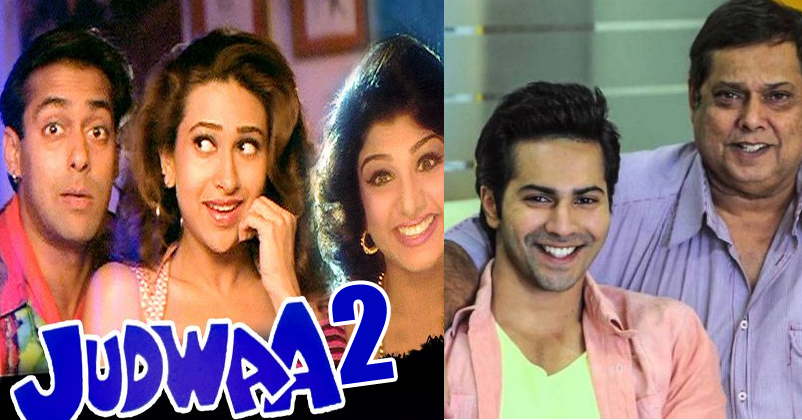 Finally, the wait is over… Judwaa 2 is the second installment to Salman Khan starrer Judwaa (1997). It was a blockbuster hit in which Salman was seen playing a double role alongside Karishma Kapoor and Rambha. It is still counted as one of the best musical treats. Judwaa 2 will see Varun Dhawan in the doubles. It will be directed by David Dhawan and produced by Sajid Nadiadwala. The team is on the seventh sky as they have produced great movies this year like Baaghi, Housefull 3 and Dishoom. There are reports that Parineeti Chopra and Jacqueline Fernandez will replace Karishma Kapoor and Rambha for the characters of Roopa and Mala. What do you think guys? Will this movie create the same buzz with its new star cast?

This Famous Cartoonist Was Approached To Participate In “Bigg Boss 10”! He Flatly Refused To Do So..
18 Bollywood Actresses Who Have Won Smita Patil Memorial Award Till Now