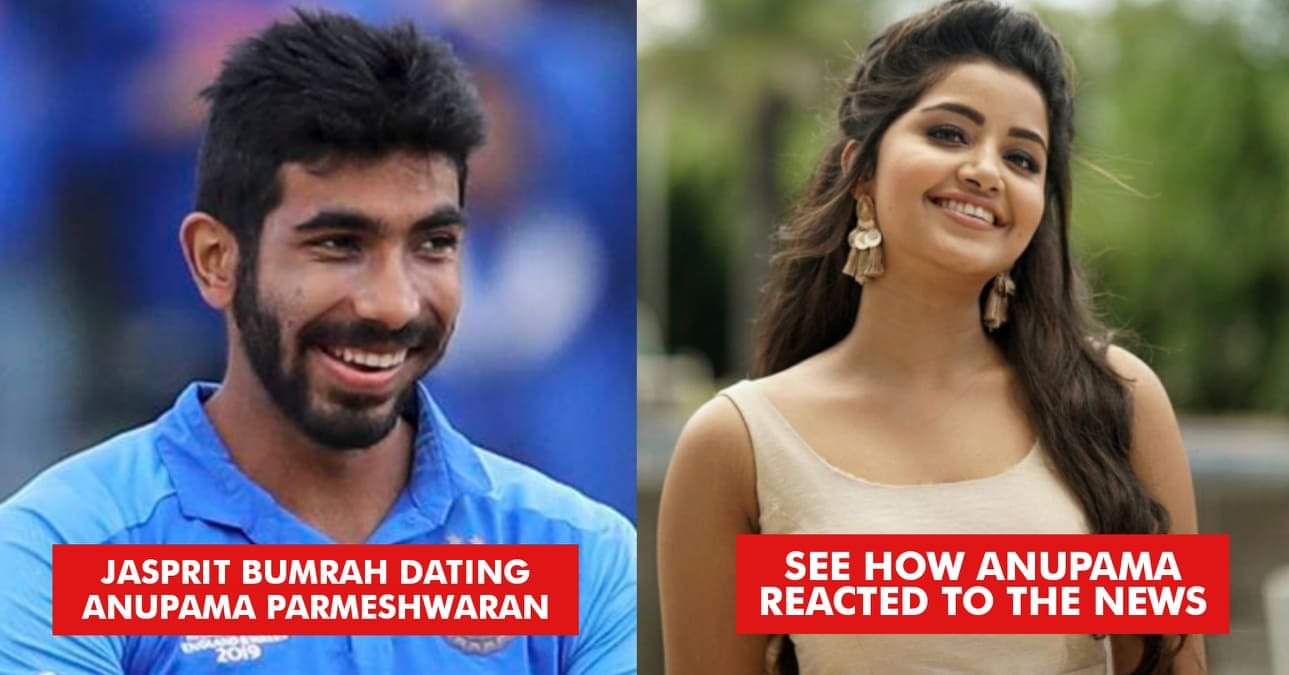 It has been a while since we have seen cricketers turning into stars and also dating stars. While some got hitched some ended their relationship. Anushka Sharma and Virat Kohli, Zaheer Khan and Sagarika Ghatge, Harbhajan Singh and Geeta Basra among the few who lasted and got married.


As per the buzz, doing the rounds things are getting serious between Bumrah and Anupama. Bumrah didn’t react to the allegation yet but the South Indian actress recently in an interview with a leading tabloid cleared the air by saying they are just ‘good friends‘ and nothing is going on between them. Anupama laughed it off while answering the reports.


Recently, the South Indian actress put all the rumours to rest by saying they are only good friends and they are not dating each other. However, Anupama’s statement is enough to demolish all the reports going around.

Well, this is not the first time the first bowler was linked to any actress. He was previously linked with South Indian actress, Raashi Khanna.

Director Of Kabir Singh Thrashes Critics And Slams Them For Praising Sanju
Wasim Akram, Trolls Pakistani Team For ‘Eating Too Much’. The Video Will Set You Laughing