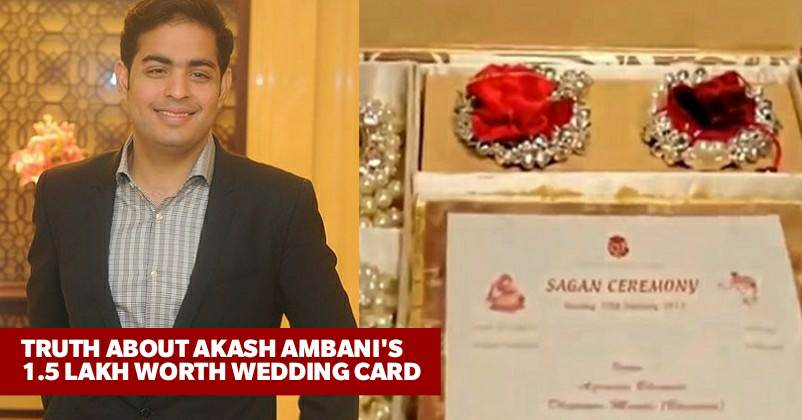 While Virat and Anushka’s wedding had made it to the headlines and while we still can’t get over it yet, there is one more news which is doing the rounds of social media. Well, we are talking about the grandest wedding of 2018; but wait, it’s not we who are telling you this, but it’s the internet who believes so.

There are rumors that the eldest son of Mukesh and Nita Ambani Akash is all set to tie the knot. The rumors are very intense, thanks to the wedding card which is going viral along with it. 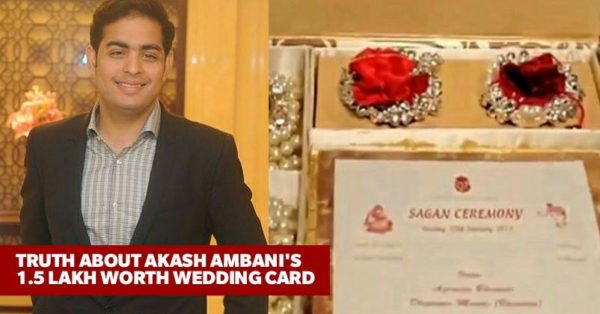 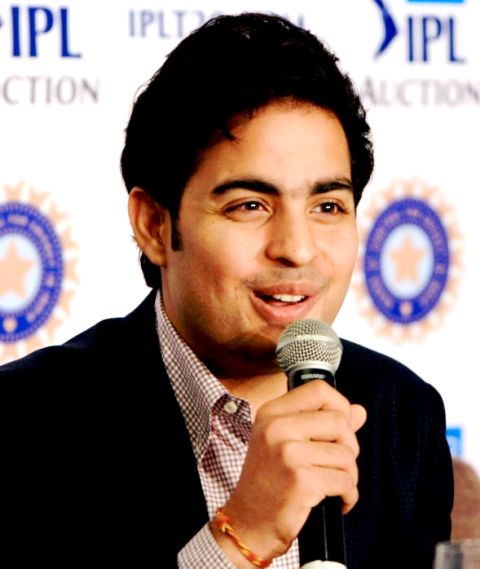 Even the price of the wedding card was estimated and it had shocked everyone. It is being said that the cost of his wedding card is a whopping 1.5 lakhs. In case you haven’t seen the card, here’s that pic; 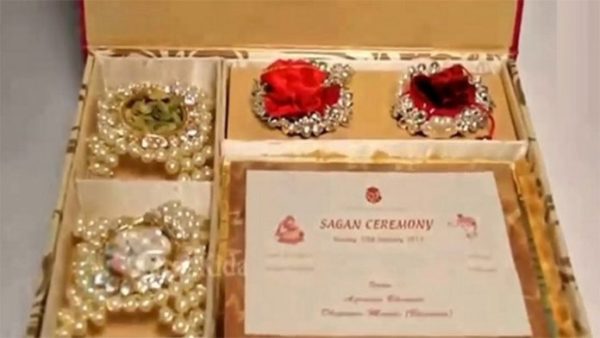 Not just the pic, but even a video of the same was super-viral;

As per rumor mills, this card is worth a whopping 1.5 lakhs and has the most expensive dryfruits in it. It was further said that it’s made up of gold and is known for it’s delicate and intricate work.

Truth behind this news!

First of all, let us tell you that this news is completely FAKE. Reliance tried reaching out a lot of media houses & gave clarification that the video and the card both are fake. They further clarified that there’s no official announcement on Akash’s wedding yet.

So finally, we learn just one lesson once again that “Don’t believe anything and everything on the internet.”