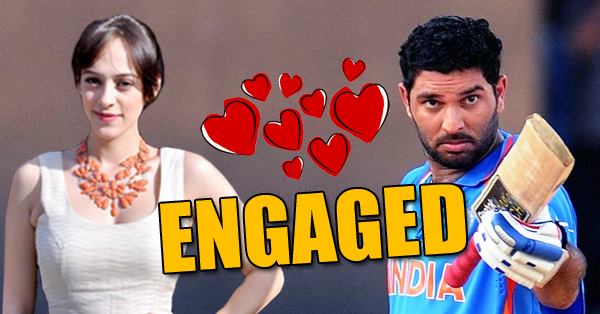 So, this means the reports which were floating on internet by Indian media were not false after all. From past couple of weeks, rumors said that Yuvraj Singh was about to get engaged to actress Hazel Keech after Diwali. About this, Yuvraj Singh personally criticized media on Twitter in a sarcastic way.

So now my dear media has decided the venue and month of my marriage can u also tell me the dates so I can get ready well in time ! 😄

It seems now that media was rite all this time, and sources does work around celebrities. Anyways, Yuvraj Singh made it a lot clear earlier when Harbhajan Singh got married to Geeta Basra, when Yuvraj Singh hinted about his life’s second innings in a tweet.

Yuvraj Singh and Hazel Keech have been dating from past three months and has been able to keep their relationship secret until recent. Yuvraj’s father Yograj Singh believes that Yuvraj’s relationship with Hazel and both getting married will bring good fortune in Yuvraj’s life. Mr. Yograj also added how his son introduced him to his to be daughter-in-law Hazel Keech.

According to sources, the marriage date is still a bit hazy, but suggests the couple will tie the knot in coming February. The couple was also seen together at Harbhajan Singh’s wedding reception.

Have something to say. Please let us know in the comments section below.

I Can Buy My Own IPL Team, If There Is No Team To Play For In IPL 2016 : MS Dhoni
What Made Sachin Tendulkar So Angry?