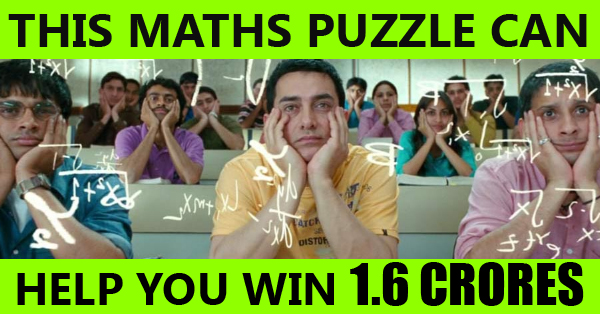 You probably must be thinking this as a joke or a prank. But this is very much true. EFF (Electronic Frontier Foundation) is an organization which works to protect the growth of Internet and in the same regards they have brought a competition where anyone from anywhere can win around 1.6 crore rupees just by answering a simple question, “A Prime Number With 1 Billion Digits”. Seems to be a simple question! but only if it was as simple as it sounds.

So what actually is the need to find a large prime number with 1 Billion Decimal Digits?

Well, large prime numbers are very important in computer encryption and helps in making sure that online banking, shopping and private messaging are secure, but current encryption typically uses prime numbers that are hundreds of digits long, not millions.

Why this can’t be done by computers or even supercomputers?

We assume you all know that prime numbers are the numbers which can only be divided by themselves and one. For a human it gets harder and harder to check if a number is prime because of the calculations included. Just to let you know, the biggest prime number known to mankind is 274,207,281 − 1. Theoretically there are infinite prime numbers but it requires really powerful and resourceful machine to find the primes of almost infinite numbers. Computers doesn’t need much time to multiply numbers. But when it comes down to factorization, it requires enormous amount of resource and power to get the answer.

The prime number works in a way as, when you log on to your bank account or e-commerce or wherever some data is encrypted. The data is locked with a password which you provide to unlock. The password is not stored with the bank the same way you write it on the screen. Instead it is encrypted to keep it safe and the encryption method used is prime number and its factors. Just to make you understand – lets say you have a password “XYZ” to secure your online bank account, but bank will keep your password in an encrypted mode, say “11”. Now when you type in your password “XYZ” the computer authorizes your account with their own keys which is the factors of the prime number allotted under your password which is 1 and 11.
(Note – this doesn’t mean you have to keep your password the factors of some number, it is the bank or an organisation who encrypts your password in those numbers to keep it safe.)

So, if you think you are good at Maths, then try to crack the biggest prime number with 1 Billion Decimal Digits. After all 1.6 crore rupees isn’t a small amount and you might not get an opportunity to win such amount in the future. You can go through this link to participate in the competition.

Are you looking forward to participate in the competition? Let us know in the comments section below.

Continue Reading
You may also like...
Related Topics:Find A Prime Number With 1 Billion Decimal Digits And Win 1.6 Crore Rupees! Not Kidding