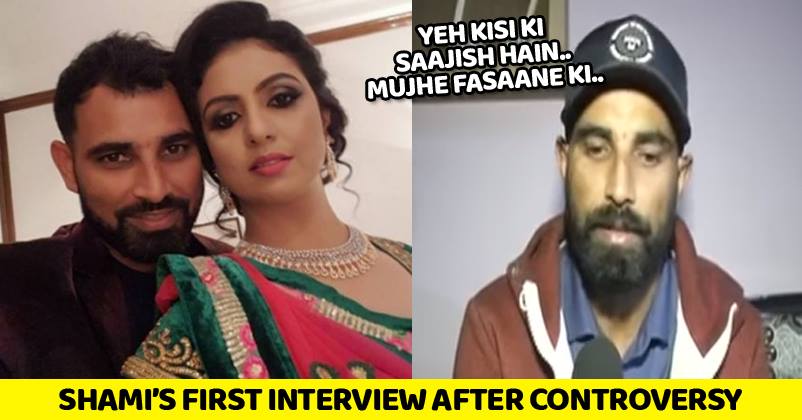 Mohammad Shami is going through a tough time. His wife has made many allegations against him and has accused him of many extramarital affairs.

Yesterday, ABP took her exclusive interview, in which she showed printouts of his dirty chats and also revealed about a Pakistani girl Alisbah, with whom Shami had sex in a hotel in Dubai.

Well, we really don’t know the authenticity of these allegations; those chats seemed fake, but we don’t know what the exact truth is. Many people slammed Shami for indulging in such affairs; on the other hand, there were some who supported him and said that the allegations are baseless.

Today, ABP news has taken another exclusive interview of Shami. In this, he says that the accusations of his wife are completely “Fake”.

The cricketer said that he’s clueless as to why she did this. He stated that till Holi, everything was fine and they even shopped together. Shami says he will find out the reason behind suddenly saying all this.

Also, he contacted his in-laws and spoke to them about this matter. When he tried contacting Hasin, she didn’t pick up the call.

Whom to believe? Shami or his wife? Let us know your opinion on this!

Another Interview Of Shami’s Wife Is Out. She Talks About His GF Alisbah
10 Interesting Facts That You Didn’t Know About Mohammad Shami’s Wife Hasin Jahan