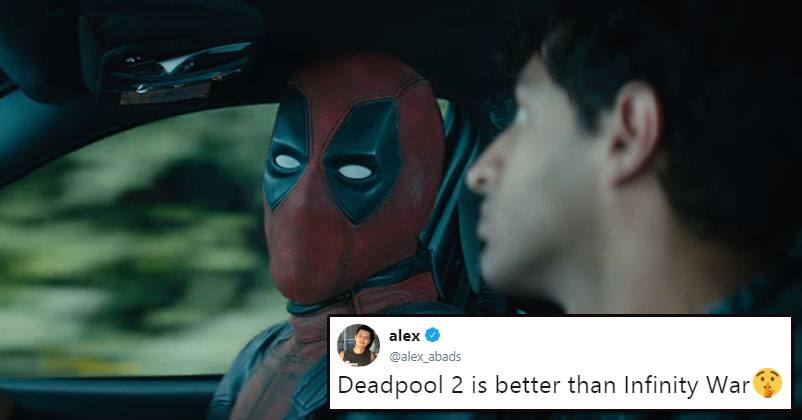 Hollywood movies are receiving a great response in India. Avengers: Infinity War was the latest release and no doubt, it was wonderfully welcomed by the Indian audience.

Another biggie is all set to hit the screens on the 18th of May; yes, we are talking about Deadpool 2. Critics in the US are lucky because they got to watch the film today itself. A special screening was held for the press and everyone had a blast of time.

Although the release of the film is a week away, we have already got the first reviews. Social media is filled with praises for the film. On Twitter, you’ll find people just appreciating one thing i.e. “Post-credit scenes”.

In fact, some say that Deadpool 2 is better than Avengers: Infinity War too. Critics also said that the film is damn funny. After reading the first reactions, we are already impatient for the release.

The post-credits scene at the end of Deadpool 2 is so great.

I’ve seen #Deadpool2. It’s phenomenal. I can’t say much else but Brolin’s Cable is outstanding. @robertliefeld’s legacy is on proud display on the big screen. pic.twitter.com/W13RZJxoXs

Deadpool 2 is better than Infinity War🤫

I didn't like the first Deadpool. DEADPOOL 2 beat me into submission until I was actually enjoying myself. Also it features my now favorite post credit scene.

I’ve seen Deadpool 2 twice now and I absolutely loved it!!

Happy to report 'Deadpool 2' is a lot of fun and had me laughing beginning to end. Stuff after the credits is *awesome*. All the people added to the film were perfectly cast. Avoid spoilers. Always makes it a better experience. pic.twitter.com/4Q3Kr1ARPh

Continue Reading
You may also like...
Related Topics:Deadpool 2, reviews

Nitish Rana Shaved Off His Beard. He Looks Totally Different Now
Here’s What Kohli Did To Cheer Up His RCB Teammates. He’s The Best Captain The Team Can Ever Have