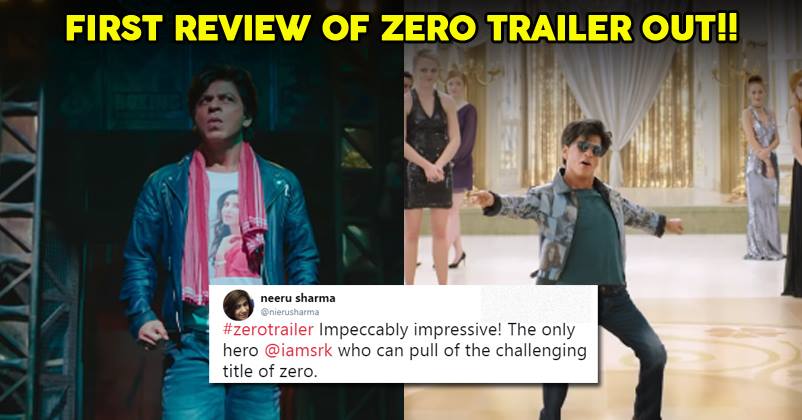 Amidst the festive season, the craze of upcoming Bollywood weddings, one thing that millions of Bollywood fans are waiting for is the birthday of Shah Rukh Khan. The day also happens to be the release day of his upcoming much-awaited film Zero so it’s going to be a really special day for SRK fans. 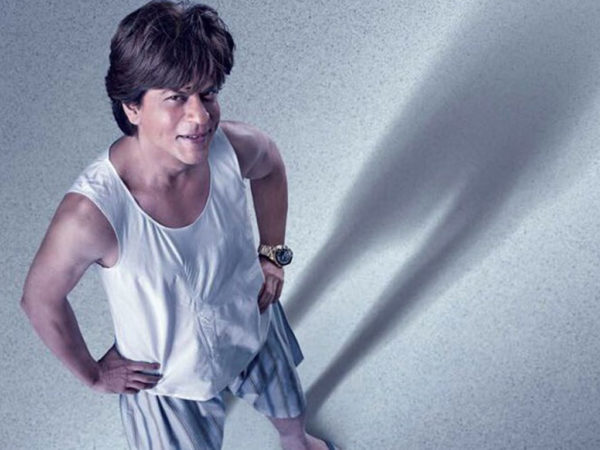 The Aanand L Rai directed film features SRK as Bauua Singh which is a vertically challenged character. The hype for the trailer is immense and fans are going crazy to get a look of it asap.

A couple of days before the actual launch of the trailer, it has been shown to some special people and trade analysts in the industry. Fans will be really happy to know that the initial reviews are pretty exciting and promising.

Those who have seen the trailer have really nice things to say about it which indeed makes us even more excited for it. Now while you wait for the trailer, check out some of the initial trailer reviews of Zero which will make the wait difficult for you.

Watched #ZeroTrailer [3.13 minutes]… Get ready to be surprised big time… SRK, Anushka, Katrina – the characters will catch you unawares… Aanand L Rai is synonymous with emotional films and there's a strong undercurrent of emotions on display here… 👌👌👌 pic.twitter.com/9v2XQomaBG

Cant reveal anything about #ZeroTrailer , can only assure you folks that character of @BauuaSingh portrayed by @iamsrk , is not only his but one of the most daring character played by any SUPERSTAR in our cinema. Mohabbat kar kar k sach mein maar dalega.. #Zero @RedChilliesEnt

Response to #ZeroTrailer is Simply AMAZING !!! Talked to some people on call who watched it just now and they were Impressed ! Its very Hard to wait for it when you hear such awesome things. @iamsrk @RedChilliesEnt @aanandlrai

Can’t wait to watch the trailer now. Can you?

Bigg Boss 12: Sreesanth And Vikas Gupta Start A Nasty Fight. You Can’t Miss The Video
After A Minor Scuffle With This Bigg Boss Contestant, Sreesanth Threatens To File An FIR