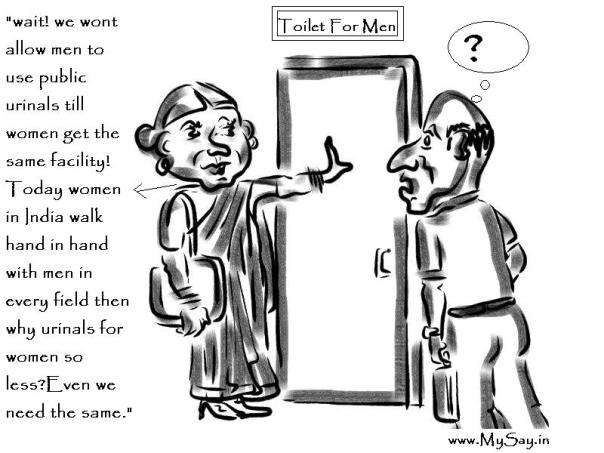 An awareness campaign was started by Pumpkin Sculpt USA to help bring attention to the organization 96 Elephants, which works to bring attention to the fact that 96 African Elephants are killed each day for their ivory and to support legislation to help save them.
They took 18 hours to carve a Pumpkin and create an adorable artwork of Elephant. An organization of women in Pune, India capture the men’s toilet .
This incident took place on the occasion of International Women’s Day  in 2012. Around 30 women took out a symbolic protest march and  captured  a men’s toilet outside Nagpur railway station.

In fact, the movement was inspired by a movement in China in which women in China had campaigned in opposition of improper sanitation. Similarly, drawing inspiration from Pune The campaign run by women. Ice Bucket challenge was a movement started to  create awareness of ALS in which, participants were asked to dump a bucket of ice cold water on them and  then dare someone to do the same. If they can’t, the had an alternative choice to donate $100 to the ALS association.

According to the ALS website, it has so far received nearly $23 million. Dark is Beautiful is an awareness campaign that was started to draw attention to the unjust effects of skin color bias and also to celebrate the beauty and diversity of all skin tones.
The movement was launched in 2009 by Women of Worth. The movement challenges the belief that the value and beauty of people (in India and worldwide), is determined by the fairness of their skin. This belief, shaped by societal attitudes and reinforced by media messages, is corroding the self-worth of countless people, young and old. Kiss of Love is a non-violent protest started against moral policing which started in Kerala and later spread to other parts of India. The movement began when a Facebook page called ‘Kiss of love’ asked the youth across Kerala to participate in a protest against moral policing on November 2, 2014, at Marine Drive, Cochin.

It was started by a group of youngsters in Kochi against vandalism by the Bharatiya Janata Party at a coffee shop in Kozhikode has drawn the ire of the Vishwa Hindu Parishad.

Continue Reading
You may also like...
Related Topics:strange movements

Salman Khan No More To Host Big Boss From Season 9.
Things Which Singles Have To Face