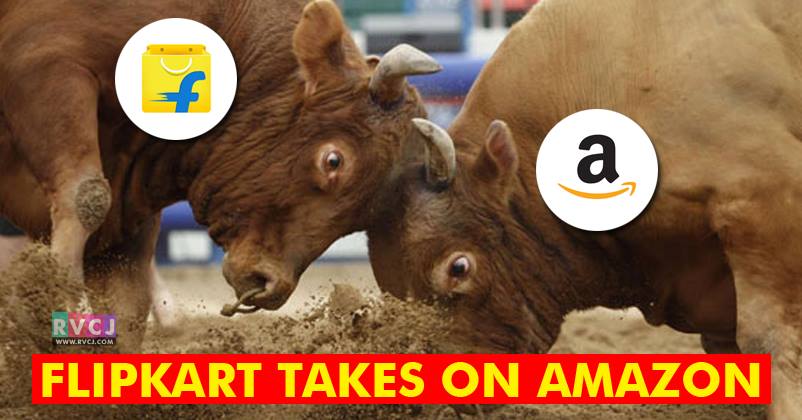 Shopaholics are already gearing up for those BUMPER sales which would start tomorrow. Yes, at the onset of Diwali, 3 major shopping giants, Snapdeal, Amazon and Flipkart are ready to woo customers with some amazing discounts and deals on a variety of categories. Snapdeal too is hosting its Unbox Diwali Sale from the 2nd to the 6th of October; aren’t you excited to grab some deals?

Social media promotions are going on in full swing, but we all know that the battle is incomplete without giants taking a dig at each other, isn’t it? You, guessed it right, once again, Flipkart has taken a dig at Amazon, in a very subtle way. Yes, it has hit a sixer with just 1 tweet.

Hang on India. The real deals begin only on the 2nd of October on India's biggest sale – The #BigBillionDays. So first, wait for the 2nd. pic.twitter.com/eKC4CJFT1r

Gotcha! Did you get what it is trying to convey? As mentioned above, Amazon’s sale would start on the 1st while Flipkart’s would start on the 2nd, so through this tweet, it is actually telling people to wait till the 2nd of October i.e. just a day more, if they really want to catch hold of ‘Real’ deals! It posted a GIF, which shows a mobile user cancelling Amazon’s page, then Snapdeal’s page and finally selecting the ‘Big Billion Day Sale’. This is what Flipkart wants!

Does this mean Amazon is not offering ‘Real’ deals? Earlier too, we have reported about the war between 2 giants! This was when Flipkart said that it uses Amazon’s packaging as its reception dustbin.

As of now, Amazon has not responded to this tweet! What do you think would be its response? Most importantly, where do you plan to shop from? Feel free to share with us in our comments section below.

This Burger Joint Offered 20% Discount To Celebrate Surgical Strikes! It Was Slammed For ‘Insensitivity’!
Here’s How Indian Army Planned The Surgical Strike! You Can’t Afford To Miss These Details!