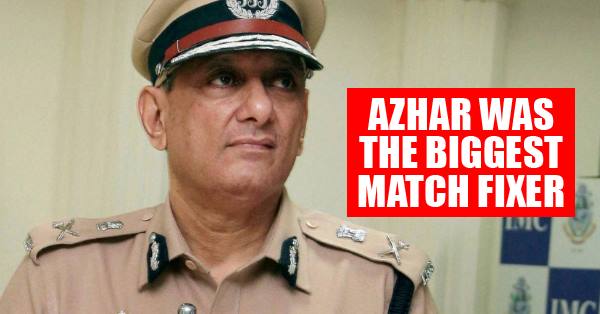 The Biopic of Mohammad Azharuddin – Azhar is playing all over the country and has been making buzz. But there is something much more to know about Azhar. Rakesh Maria Former Mumbai Police Commissioner back in 2000-01 revealed in an off camera video that only Australians and England players are not involved or can be purchased else any other country players can be bought.

He even revealed some names associated with Indian Cricket back then who were or were not involved in the Match-fixing scandal. When asked about Azharruddin, he said, he is one of the biggest match fixer in the game.

Rakesh Maria in this video, also reveals the amount of money which was made to players back then to lose.

Here is the video of Rakesh Maria


You can also watch the video by clicking here.

Do you agree with the revelations made by Rakesh Maria one of the top cop of India. Let us know in the comments section below.