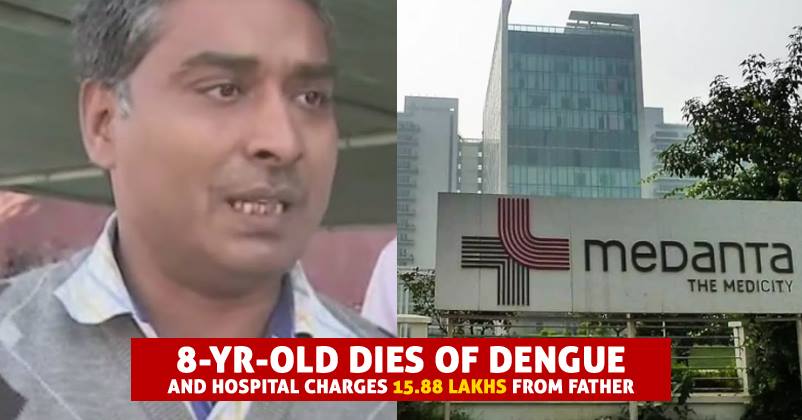 If we go by the recent incidents, there will be a day when people will prefer to die of their diseases rather than going to a hospital for treatment.

A 7-yr girl died of dengue in September while getting treated in Fortis Memorial Research Institute, Gurugram, and the hospital charged nearly Rs. 18 lakhs for a 15-day stay. Moreover, there were some serious discrepancies in the manner the girl was treated by the hospital.

Now another hospital in Gurugram has charged Rs. 15.88 lakh from a family of an eight years old boy who died after getting treated for dengue in the hospital for 21 days. 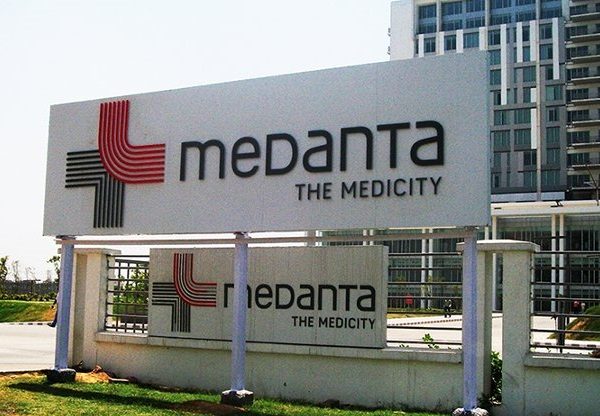 The boy was shifted to Medanta hospital, Gurugram, from another hospital and this is what the kid’s father told,

“My child was there in the hospital for 21 days, the hospital gave us a bill of Rs 15.88 lakh. We had to request people for money; the hospital has looted us in the name of treatment.”

The amount was so huge that the parents had to ask for money from other people and the father also alleged that despite charging so much, the doctors of the hospital made them shift the boy in a government hospital when there was no improvement in the boy’s condition.

Complaint received at Police Station Sadar yesterday, complainant has leveled allegation on Medanta Hospital (Gurugram), their child suffering from dengue was admitted in the hospital, huge bill penalty was imposed on them. Investigation is underway: Gurugram Police PRO pic.twitter.com/khiByjGOBw

My child was there in the hospital for 21 days, the hospital gave us a bill of Rs 15.88 lakh. We had to request people for money, the hospital has looted us in the name of treatment: Father of the deceased child #Gurugram pic.twitter.com/WUKz5SzscS

When the doctors at Medanta felt that the child's condition is such that he can no longer be kept there, then they pushed us to shift him to a Govt hospital, so we shifted him there: Father of the deceased child #Gurugram

After the boy succumbed to his illness, the family decided to file a complaint against the hospital as they feel cheated; they had paid such a huge amount and still their son was not saved.

Twitter furiously reacted over the matter. Check out some of the selected tweets:

Now the situation comes when we feel hesitate to say that doctor is the second form of God….😑😑😑

They are looting people:

all such big hospitals are working as Mafia & looting people in a organized way.

It has become more or less a business instead of a service:

Hospitals r NOW a day's doing business not service .I think central govt should bring a new bill for
PEOPLE who suffers in this type of hospitals .

Users shared their experience too:

Same with my uncle. He had some respiratory problem. Columbia Asia has charged 1.5 lakh for one day for oxygen only.

This is not a problem of only Delhi but its a problem of whole India. In bangalore also doctors and hospital charges a hell for fever only… To earn more and more

Strict punishment should be given to culprits:

We citizens should refrain from falling I'll else we need to pay hefty price or might end up also. Let's be cautious and start exercising to keep ourselves healthy.

Investigation into the matter has started and we genuinely feel that such hospitals should be stopped from charging unnecessary and huge amount from the families of patients.

Lalu Yadav Compared Himself To Baba Saheb Ambedkar & Mandela. Here’s What He Wrote In 11 Tweets
WhatsApp Will Stop Working On These Smartphones After December 31, 2017. Is Your Phone In The List?