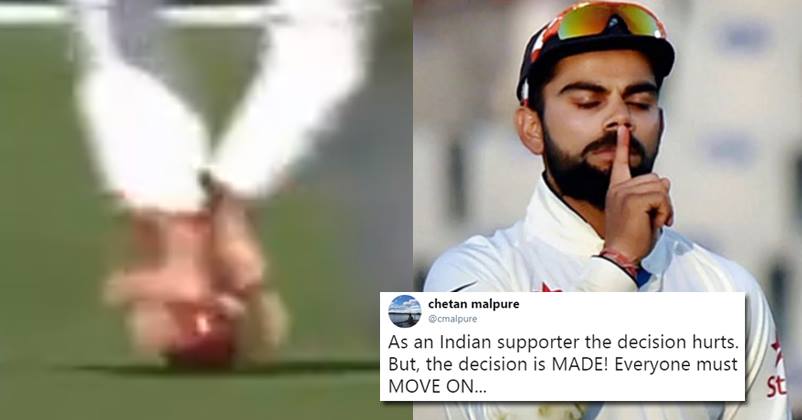 The last few matches in the test series have been quite controversial. And Fox Cricket has been adding fuel to fire this time around. A few days ago, they questioned Rahul’s catch and tried to stir up a controversy.

This time, they’re questioning Virat’s catch as well. In the last match, Virat displayed fine sportsmanship and the umpire declared it a clear out. There was no need for a rerun either.

But of course, Fox Cricket felt the need to stir things up again, and posted on Twitter,

Don’t be misled by the use of emojis. Fox Cricket tried its hand at trolling Virat Kohli, not knowing the danger that lay ahead. If there’s anything Indians are fiercely defensive about, it’s their men on the field.

Fox Cricket got brutally trolled and they deserved the schooling they received. Check out some of the comments they received:

The screenshot says it all:

He’s out move on. That’s cricket. Just like the last wicket in Adelaide was out. Concentrate on the great hundred from Kohli instead of the catch

People really are fed up with Fox’s tactics:

What utter rubbish. Go take a look at last dismissal in the first test and then tell me how hard done by Kohli is.

Yes it was a clean catch

Rashid Khan Wins Praise On Twitter For Replicating Dhoni’s Trademark Helicopter Shot
ESPN Asks What Virat’s Bat Would Say If It Could Speak, Twitter Has Some Of The Best Answers