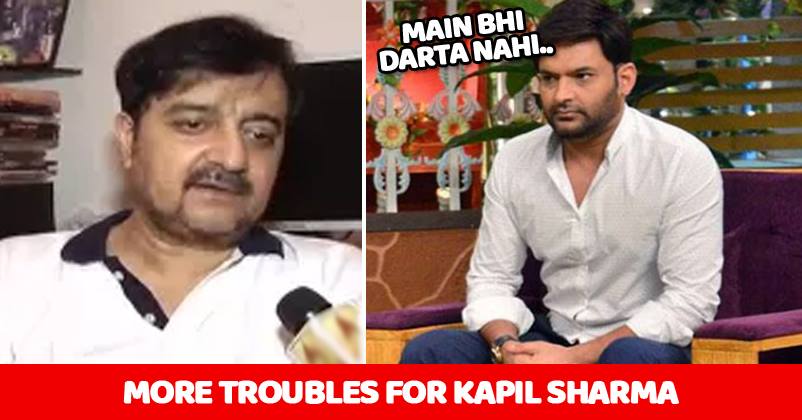 Problems for Kapil Sharma don’t seem like coming to an end anytime soon. The famous comedian needs to come out of the controversies but he’s going deeper instead.

Kapil was recently in news for hurling abuses to a SpotboyE journalist on Twitter and phone call. The journalist recorded the call and put it publicly on YouTube.

Next day Kapil declared that he has filed a case on the journalist in question and his ex-managers Preeti and Neeti Simoes for trying to extort money from him.

Kapil tweeted scanned copies of the complaint and wrote-

“Some people just want to defame you for few bucks but it will take ages to make a stand against the wrong.. I shall do it today n forever..”

Some people just want to defame you for few bucks but it will take ages to make a stand against the wrong.. I shall do it today n forever.. pic.twitter.com/Vg8bJoWwhF

The subject of the letter read as-

“Threat to extort and harassment by news agency ‘Spotboye’-Mr Vicky on the insistence of ex managers Ms Neeti Simoes and Ms Preeti Simoes to cause mental and emotional suffering.”

Now the matter has got worse because SpotboyE has filed a counter complaint against Kapil Sharma.

“After Kapil Sharma abused and threatened SpotboyE.com’s Editor, Vickey Lalwani, the organisation has filed a case of Criminal Intimidation, abuse and threat against the comedian.”

No New Episode Of Family Time With Kapil Sharma This Weekend. What’s Wrong With Him?
Saif’s Fan Said Karma Hit Salman And He Got Jail For Doing Race 3. Everyone Made Fun Of Him