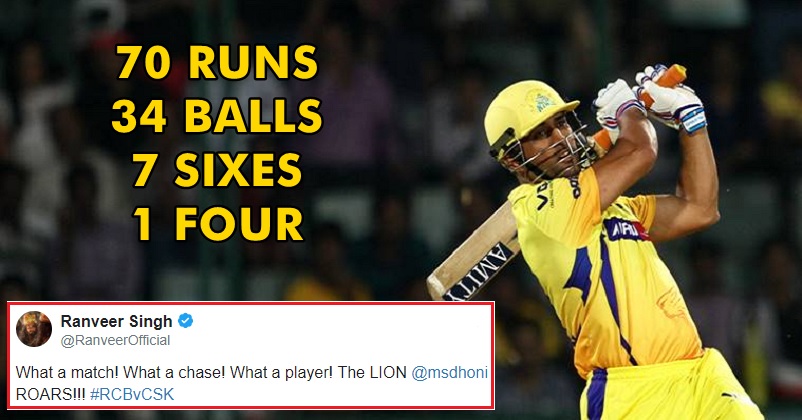 MS Dhoni elected to field first after winning the toss. Royal Challengers Bangalore scored 205/8 at the end of 20 overs courtesy AB de Villiers 68 runs in 30 balls & Mandeep Singh’s quick fire 32 runs in 17 balls. RCB was going pretty strong till 13th over. They were 138/1 at the end of 13 over. With ABD & Q de Kock batting on the crease, it looked like RCB might even score 250 at this ground but 2 back to back wickets in 15th over changed the course of the match and RCB could reach only 205.

CSK had tough target to chase but MS Dhoni & Rayudu’s partnership of 101 runs made this chase possible. Rayudu scored 82 runs in 53 balls and Dhoni scored 70 in 34 balls. MS Dhoni hit 7 sixes and 1 four in this inning and CSK chased the target with 3 balls remaining. Dhoni as usual hit winning six. 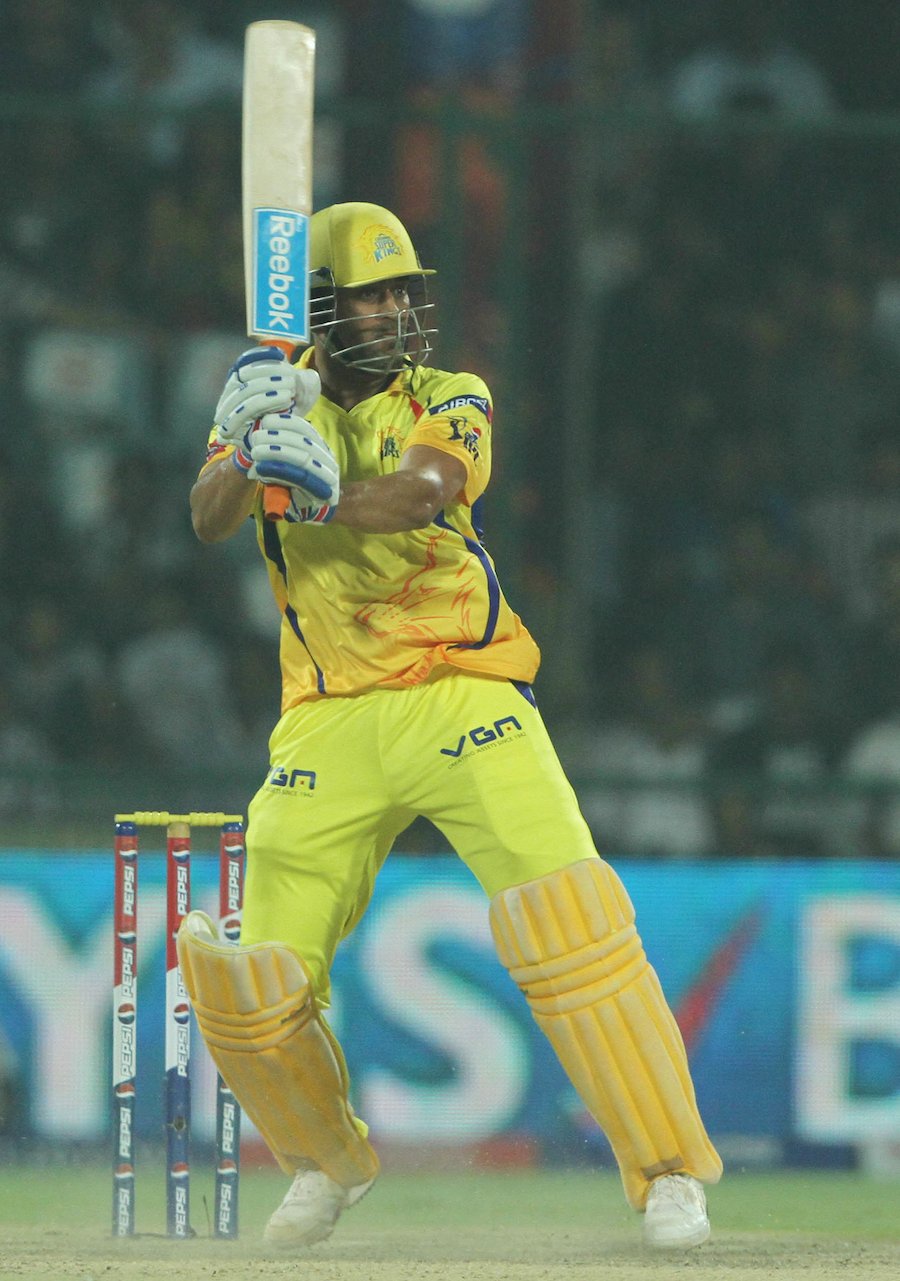 Twitter is all praise for MS Dhoni for this brilliant performance. Have a look at some tweets:-

WOW!!!! What an incredible win @ChennaiIPL! @msdhoni that was out of this world!!!! Can't believe I've just witnessed that! #CSK #Dhoni #WhistlePodu

What an amazing game #DHONI whatta hair cut and what a shot. Great game of cricket.

What a match! What a chase! What a player! The LION @msdhoni ROARS!!! #RCBvCSK

Rewind to 2 years ago… Same shot to finish the game…
What a Shot …..Beauty!!!!#Dhoni #RCBvCSK pic.twitter.com/YxanlbZMlr

Yassssssss!!!!! My fave captain cool #dhoni is a legit legend🙌🏼🙌🏼 What a match and a fabulous team effort!!!! #CSKvRCB #IPL11 #ipl @msdhoni

MS DHONI!!! What an innings!

MS Dhoni yet again redefining age, class and everything. It's so amazing to see him play this way. They call him 'Thala' for a reason and he showed us all who's the BOSS 😉 @ChennaiIPL on 🔥 at the Chinnasamy #RCBvCSK pic.twitter.com/rZhKVBgp3k

What a fantastic match! With a glorious @msdhoni Finsih! He is truly a genius. What a cricketer! Congrats @ChennaiIPL , well played @RCBTweets . #CSKvsRCB

Dear God.. Why is this team so awesome?

The BEST ever charisma for a team in IPL History!

What do you have to say about MS Dhoni’s magnificent inning.