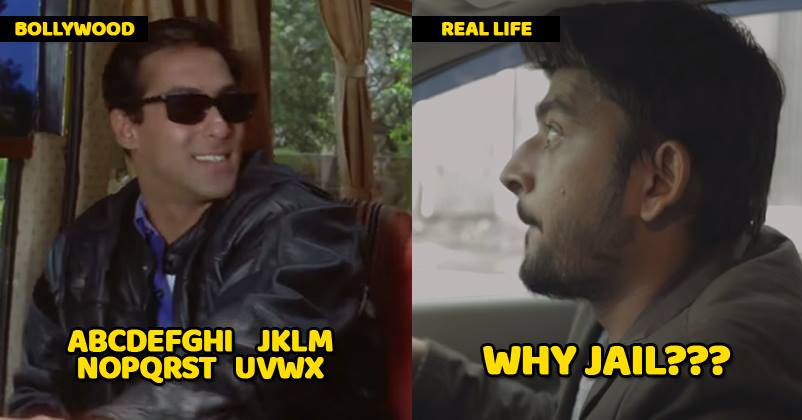 Bollywood movies have a drastic effect on the minds of people and there are many who think that things are the same in real life as they are in reel life. In fact, few people have to face unfavourable outcome for the same but there’s huge difference between both.

Here we present an awesome video that perfectly depicts the differences between what is shown in Bollywood films and what actually happens in the real life. It will surely tickle your funny bones and offer a rollercoaster ride of laughter.

It also takes a dig at Salman Khan’s blackbuck poaching case in which he is convicted and sentenced 5 years of imprisonment along with Rs. 10,000 fine; however, other four accused – Saif Ali Khan, Sonali Bendre, Neelam and Tabu are acquitted by the Jodhpur court; so no more “Hum Saath Saath Hain”!

From iconic romantic scenes to evergreen dialogues, the hilarious video consists it all and brilliantly shows how they go wrong when people try them in real life.

Awesome and funny, isn’t it? How did you find the video?