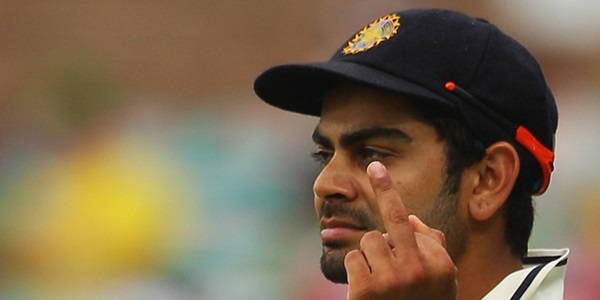 Virat Kohli lost his cool on the journalist of Hindustan Times while he was covering the practice match session of the Indian Cricket Team. Jasvinder Sindhu, was taken by surprise when Virat Kohli started abusing him. The incident occurred when Kohli was returning from the dressing room after the training session. Reportedly, Virat was ill-informed about the journalist, he took him as the one who wrote an article about the love affair between him and Bollywood’s leading actress Anushka Sharma. Indian Cricket’s shining armor flooded the journalist with curse words. The onlooker said, “ba****d, g****u and be******d”, and more such filthy words were thrown over the HT journalist.

The reporter himself was taken aback on this sudden misbehavior and so was the fellow teammates. However, after settling the misconception Kohli apologized to the journalist & team leader Ravi Shastri asked him to keep his cool as it was “unbecoming of a future India captain to behave in this manner publicly”.

Kohli’s relationship with Anushka Sharma has been the talk of the town and being subjected to numerous paparazzi.

5 Weird And Quirky Places To Visit In India
Blue Black or Golden White? Both are Right