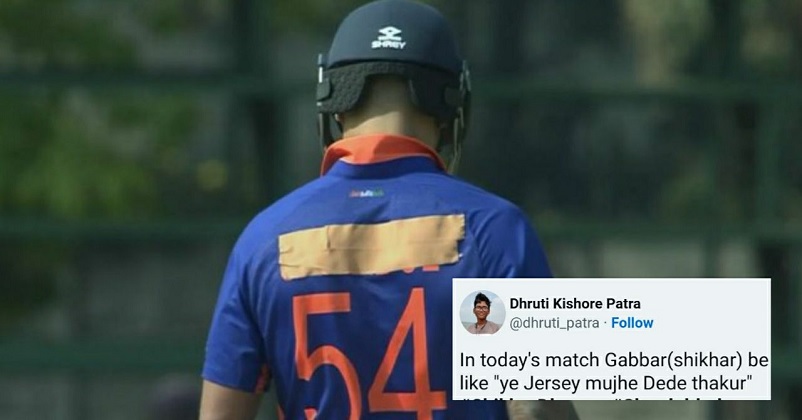 The Indian cricket team has whitewashed the 3-match ODI series against Zimbabwe after winning the third and the final ODI. The match was played at the Harare Sports Club and the hosts certainly gave their best performance of the series but still they fell short by 13 runs. While Shubman Gill played a superb knock of 130 (97 balls, 15 fours & 1 six) runs for India, it was Sikandar Raza who led the fight back for Zimbabwe by scoring 115 runs (95 balls, 9 fours & 3 sixes). 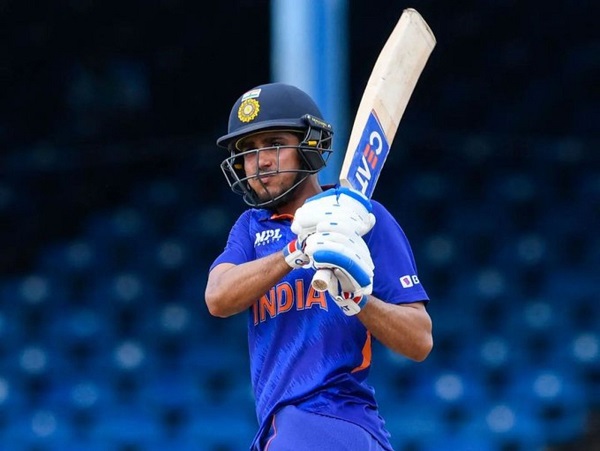 India won the toss and decided to bat first and the decision was proved correct as the team got off to a good start with both the openers Shikhar Dhawan and KL Rahul playing useful knocks of 40 runs (68 balls, 5 fours) and 30 runs (46 balls, 1 four & 1 six), respectively. While the openers put up a partnership of 63 runs for the first wicket, Twitter was flooded with reactions when Shikhar Dhawan was seen with a taped jersey with 54 number on it. 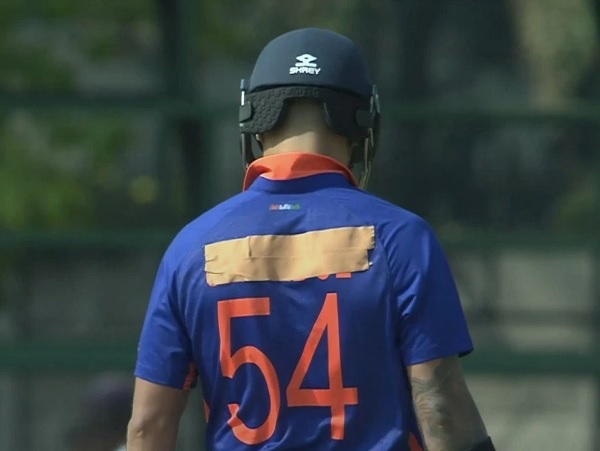 It didn’t take much time to online users in finding out that Shikhar Dhawan came into play wearing Shardul Thakur’s jersey. While some laughed out at the situation, few lambasted sponsors for this incident. Here are some of the selected reactions:

Shikhar Dhawan is wearing Shardul Thakur's No.54 jersey with a tape on it..His jersey No. is 42..#IndvsZim #3rdOdi

Shubman Gill has been awarded with the Player of the Match award and the Player of the Series award as well for his superb performances. Now the Indian team will be facing Pakistan on August 28 in the Asia Cup 2022 which will be played in UAE.