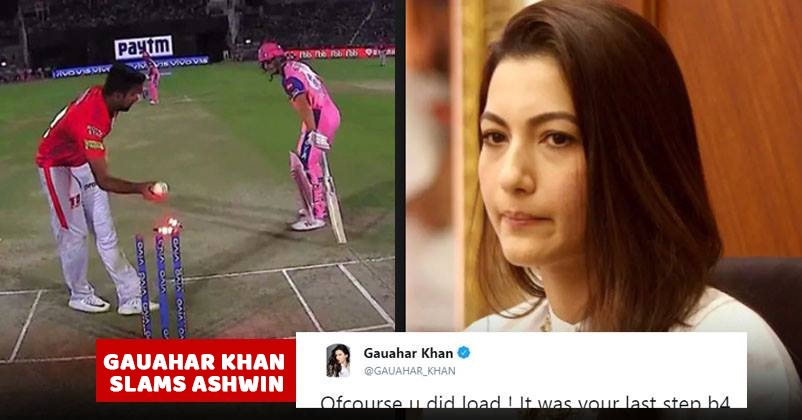 Controversies can be called a part of the Indian Premier League but nobody expected that the first controversy of IPL 2019 will take place so early. The skipper of Kings XI Punjab, R Ashwin is being hammered by some cricket fans because of the manner in which he got Jos Butler out in the match against Rajasthan Royals.

However, there are some fans who are supporting R Ashwin as whatever he did was totally legal and there was nothing against the spirit of the game.

What happened was that Jos Butler was on the non-striker end and R Ashwin was bowling. The Punjab skipper saw that the non-striker batsman was walking out of the crease even before the ball was being bowled and he removed the bails, hence making him the target of mankading. The umpire gave the cricketer out and Jos who was quite upset walked back to the dugout.

As per the law, there is nothing incorrect in it but many claimed that Ashwin waited for Jos to move out of the crease which is not right. Some feel that even if what Ashwin did was correct, he should have at least warned the batsman in the first chance.

Twitter was divided on this matter and two of the most popular TV actors also didn’t like Ashwin’s act. We are talking about Ishqbaaz fame Nakuul Mehta and beautiful Gauahar Khan who took to Twitter to make their opinion public.

Gauahar Khan wrote, “Of course you did load! It was your last step before you would throw the ball out of your hand! Or else it would be a no ball! Not the spirit of the game! Sad!! #Ashwin”

Ofcourse u did load ! It was your last step b4 u would throw the ball out of ur hand ! Or else it would be a no ball ! Not the spirit of the game ! Sad !! #ashwin

While Nakuul Mehta tweeted, “Maybe legal but I am not sure if it was the right thing to do. Ashwin may have won them the match but lost my respect today.”

Maybe legal but I am not sure if it was the right thing to do. Ashwin may have won them the match but lost my respect today.#RRvKXIP #IPL2019

It seems that R Ashwin has lost many fans after the match against Rajasthan Royals. What is your take on this matter? Do let us know.