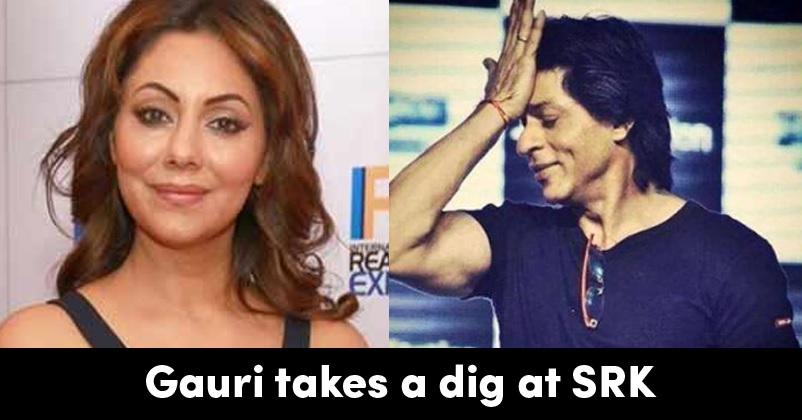 Bollywood actor Shah Rukh Khan is on a break from work for a pretty long time now and his fans are very curious to know when he is going to take up a new project. However, the King of Romance doesn’t seem to be in a hurry and recently he was seen with his wife Gauri Khan in her design studio in Mumbai where he also posed for the paparazzi. 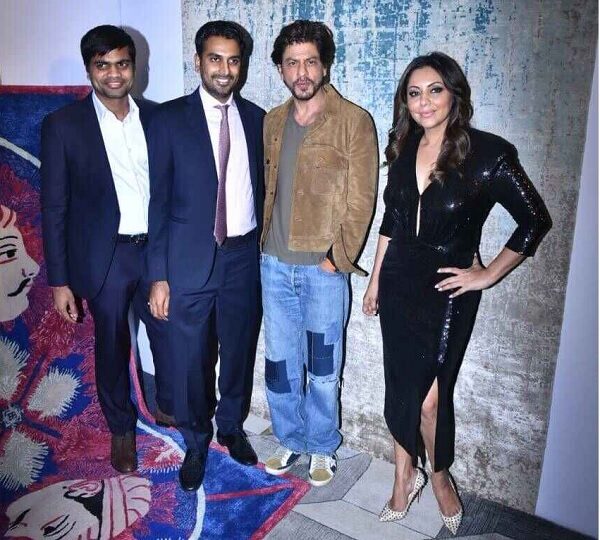 While Gauri was looking stunning in a black dress, SRK had a dashing appearance in his casual style as he was wearing grey T-shirt and denim jeans with brown jacket and shoes. After posing for the media and getting clicked with the friends, the couple also interacted with the reporters.

When Gauri was asked about her husband’s design sense, she said that SRK’s taste in designing is great and he has advised some changes in their house also. Gauri didn’t stop here and went on to take a subtle dig at Shah Rukh’s break from work, saying that he should keep designing as his second or alternate career. However, the “Raees” actor was quick to react as he said that he is on a break because his last few movies have not performed well at the box-office. 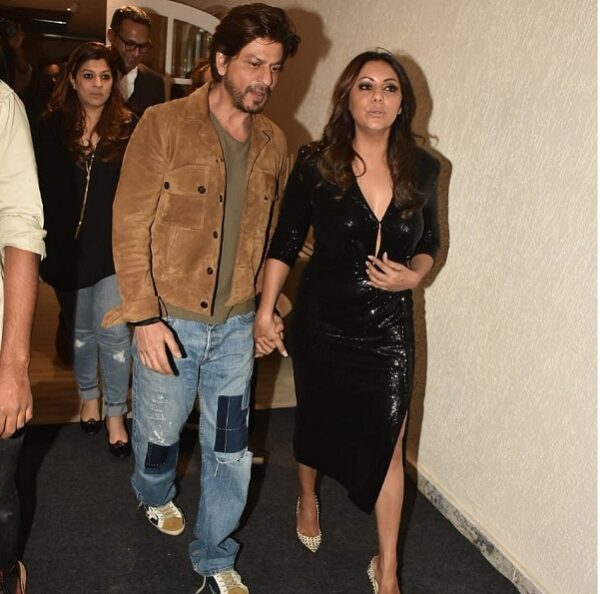 SRK’s last movie was Aanand L Rai’s “Zero” in which he worked with Katrina Kaif and Anushka Sharma. Shah Rukh expected a lot from the film but it failed to impress audiences. Since then, he is on a break and in the meantime, he also opted out from Rakesh Sharma’s biopic.

There was news that Shah Rukh Khan has signed a movie with director Raj Kumar Hirani but there has been no confirmation from either side. However, we have some good news for the fans of SRK as they will be able to see him in the movie “Brahmastra” in which he will be making a guest appearance.

“Brahmastra” is a superhero film that stars Ranveer Singh, Alia Bhatt, Amitabh Bachchan, Nagarjuna Akkineni, Mouni Roy and Dimple Kapadia. The movie is being directed by Ayan Mujerji and produced by Dharma Productions.

Hope to see SRK back on the big screen soon! Are you missing him?