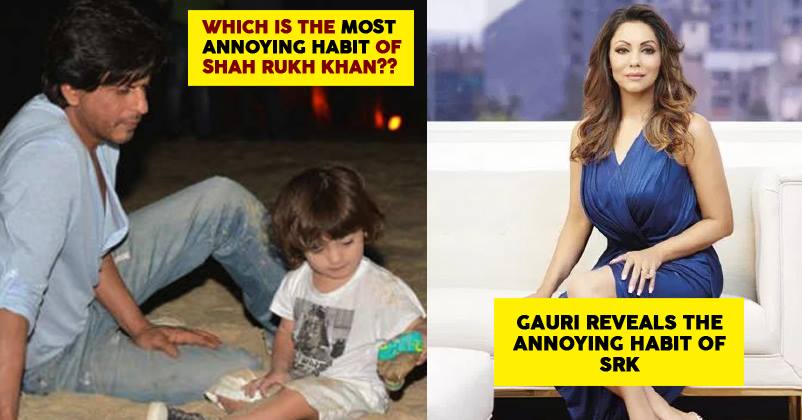 Shah Rukh Khan and Gauri Khan are one of the Power Couples in Bollywood. They don’t have a cool nickname like new generation couples but have been together for almost 3 decades and that’s super cool in this age of divorces.

Gauri Khan celebrated her birthday recently and shared a couple of photos with SRK and their son AbRam in the frame as well. She captioned the post-

With half of my better halves on my birthday…the other halves in school! 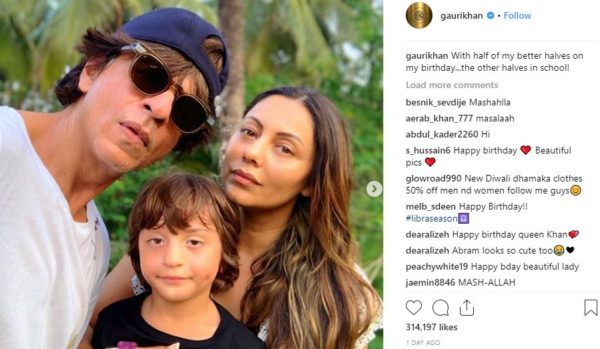 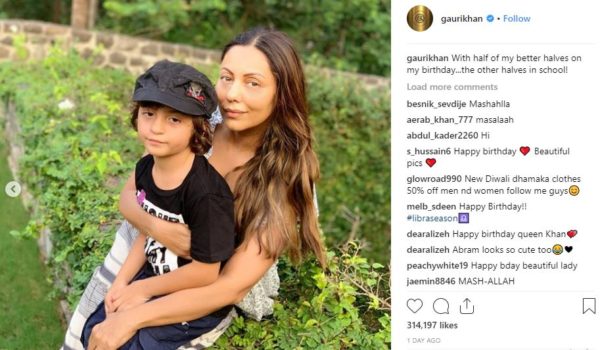 Coming back to the relationship between SRK and Gauri, the most beautiful part is that it has not been a thoroughly rosy journey. SRK is a superstar and has millions of fans in the world and it has impacted their relationship. However, his success has never been a roadblock in the journey they shared together as a couple. Both SRK and Gauri have accepted each other by heart despite imperfections and continued to be the King and Queen of Bollywood.

In an old interview, SRK reminded his struggling days when he was new in Mumbai and they were just married. It was their first night in Mumbai and they had arrived a few days after the marriage. SRK had to shoot in Filmcity and Hema Malini was the director. The shoot got delayed and there were no mobile phones. SRK sent a cab to take Gauri and she spent that evening in Filmcity fully dressed in choorha and Indian dress. Now, that’s the reason she deserves to be with SRK in his success. 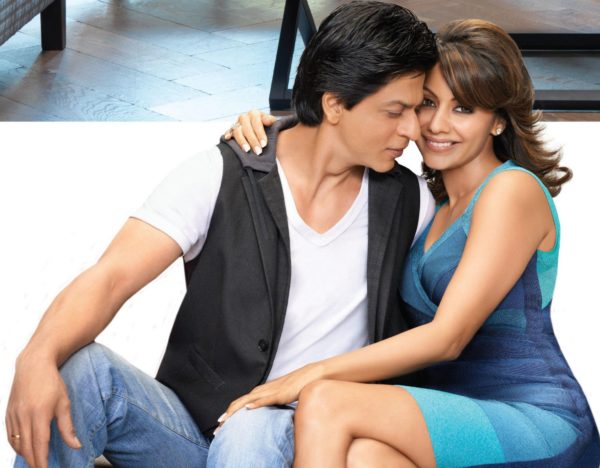 Even Gauri shared some annoying habits of SRK in a throwback interview with designers Abi Jani and Sandeep Khosla. She told that he really spoils the kids by pampering them way too much. The fact that SRK lost his parents quite early and couldn’t enjoy a childhood that he wanted, he makes sure that his kids don’t lack anything. Gauri said that while trying to make the kids happy, sometimes he goes overboard which becomes a headache for her.

Well, that’s the cutest part of a relationship. The little annoying things give the biggest pleasures and we are happy to see them happy.

Sara Posted A Hot Pic With Liquor Bottle In Her Hand, Got Trolled Like Never Before
This Contestant To Be Evicted In The Mid Week Eviction Round Of Bigg Boss 12?