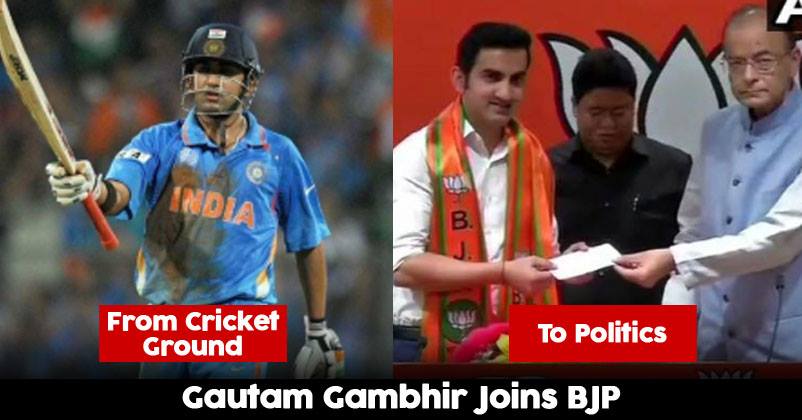 There are many Indian players who have joined politics after getting retired from cricket such as Navjot Singh Sidhu, Mohammad Azharuddin, Kirti Azad, etc. and now the latest name to be added to the list is of 37 years old Gautam Gambhir. 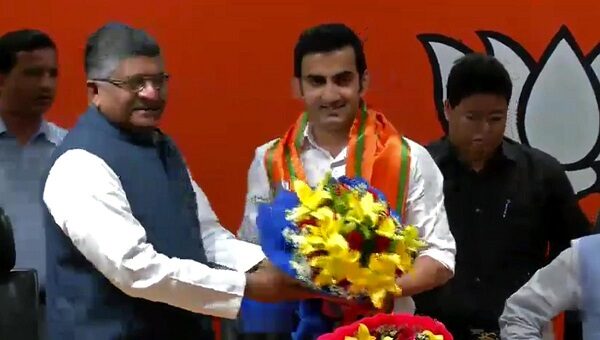 After joining BJP, Gautam Gambhir says that he has been influenced by the vision of PM Modi and he feels that he will be able to do something for his country as it is a great platform for him. 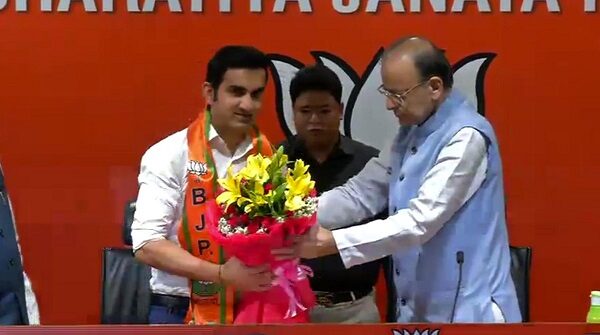 Recently, Gautam has been awarded with India’s fourth highest civilian award, i.e., Padma Shri and social media is flooded with mixed reactions after the news of his joining BJP came in.

Here are some of the welcoming and praising reactions:

Victory hero of 2011 world cup will insure 2019 victory as well for country as well… Welcome @GautamGambhir ,a man who always stand with family of martyrs nd support their families by providing them education nd financial help as well.. Hats off man

@GautamGambhir Proud of you. We come to BJP. U always hv talked for India. Hope u will score centuries in Politics too. Love u brother.

Congratulations, He will again play a match winning inning for BJP

It's just the beginning for new innings for Gautam sir.we wishing you go a long way and success.

Welcome GG… You have made a great decision by joining @BJP4India . Your enthusiasm and self-belief is what our country needs. You have played some wonderful innings on the pitch. But this will be the most challenging and important inning of them all.

Some Twitter users trolled Gambhir as well for this decision:

What things impressed U gauti?#GodhraMassacre ? Killed 160 innocent citizens through Notebandi?
No action against rapist MLA Kuldeep Singh sengar?
Or what what?
Could you explain?

What is happening ?
Are all this for "Padma.." or anything else…?
🤣👎#gautamgambhir #BJP pic.twitter.com/Cqpfx0laEy

Now his name is Gambhir chaukidar 😂

Gautam Gambhir was not a part of the Indian squad for a long time but he was actively participating in the domestic cricket and playing for the Delhi team. Last year in IPL, he was appointed as the captain of Delhi Daredevils but he stepped down after some matches as the team didn’t perform well.

Gambhir has played 58 test matches and 147 international ODIs for India after making his debut against Bangladesh in April 2003. He has played many match winning knocks in his career but his two knocks are quite special as they both were played in the World Cup finals. In 2007 T20 World Cup final, he scored 75 runs and in 2011 ODI World Cup final, he helped the team in winning the game by scoring 97 runs.

Gambhir, the resident of Rajender Nagar, is one of those few cricketers who speak his heart on social and national matters. He runs a community kitchen and there are speculations that he will be contesting upcoming Lok Sabha elections from one of the seven seats of Delhi.

We wish Gautam Gambhir all the best for his new innings!

Special Olympics 2019: Indian Athletes Are Creating History By Winning 362 Medals.
IPL 2019 Will Not Be Broadcast In Pakistan, Here’s What You Need To Know.